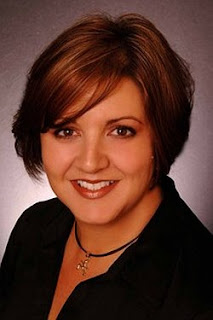 Bestselling Author Bernadette Marie is known for building
families readers want to be part of. Her series The Keller
Family has graced bestseller charts since its release in
2011, along with her other series and single title books.
The married mother of five sons promises Happily Ever
After always…and says she can write it, because she lives
it.
When not writing, Bernadette Marie is shuffling her sons
to their many events—mostly hockey—and enjoying the
beautiful views of the Colorado Rocky Mountains from her front step. She is
also an accomplished martial artist with a second degree black belt in Tang Soo
Do.
A chronic entrepreneur, Bernadette Marie opened her own publishing house in
2011, 5 Prince Publishing, so that she could publish the books she liked to
write and help make the dreams of other aspiring authors come true too.
Bernadette Marie is also the CEO of Illumination Author Events. 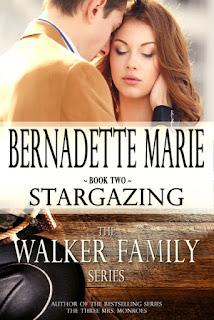 Bethany Waterbury left Hollywood and the shadow of
her mother's death to give herself a fresh start. Her
main intention—to connect with the family she’d never
really had the chance to know.

Author Kent Black is enjoying his chart topping
success and living freely wherever his travels take him.
But when he meets the illustrious Bethany Waterbury
his wanderlust subsides and the thought of a steady
future begins to take over.

Kent believes in happily ever after, but the burden of
Bethany’s past might be too much for him to embrace
—unless true love is more powerful than a Hollywood tragedy.

Ready for a snippet!?!

Coffee houses once were a source of inspiration. They had a vibe and a feel to them. Now, Kent thought, they were more like bars.
The same people walked in and out of the door every day. They ordered the same addictive concoction and either carried it out or sat for hours and chatted with others.
He missed the days where he could pull up to a table and no one bothered him for hours. Since he was traveling it was one of his only options. Sure, he could hold up in his hotel room, but that wasn’t very inspirational either.
Even though he’d rather be alone, he needed to surround himself with people for inspiration—he just wished they weren’t so noisy.
The door opened again. It had become habit to look up and study the person. This one had him sitting up, removing his fingers from the keyboard of his laptop, and following her with his eyes.
Long red curls bounced over her shoulders, which were bare in a sundress with yellow flowers. She was lean and toned and absolutely radiant.
She walked to the end of the line and Kent turned in his chair to follow her with his gaze.
Smiling at the boy behind the counter, Kent noted that the young man flushed at her simple gesture. That said something.
She continued on to pay for her drink. He heard the woman ringing up her order offer a pastry to which the redhead waved off with her hand and a laugh. Obviously she’d avoid that, he knew just by looking at her. Her drink was probably low fat blah too.
When she turned the beauty of her hit Kent right in the chest. He’d never seen such a beautiful specimen.

And make sure to enjoy all the extras on the blogs: