"A dancer and a Marine—two worlds collide. 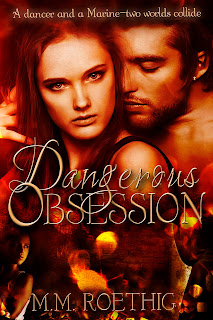 Chloe Johnson is no stranger to the spotlight. A prestigious member of the LA Laker Girls, she’s in the public eye regularly. Her world is perfect.

Eric Taylor, on the other hand, is damaged, both body and spirit. Injured overseas, he returns home with fresh physical wounds, invisible emotional scars, and a bad attitude.

When Chloe becomes the object of affection to an unknown stalker, she must leave her life behind and rely on a total stranger, and the only man she’s ever met who’s never happy to see her—Eric. Can she trust this hardened soldier with her life?

Adjusting to civilian life hasn’t been easy for Eric. Swearing off women forever, all he wants is to be left alone. However, his world is thrown into chaos when Chloe appears on his doorstep as an invited guest of Eric’s twin brother. Bewitched by her innocent charms, Eric fights to keep her at arm’s length, putting his No More Women resolve to the test.

Everything soon changes when Chloe’s stalker trackers her down, making her a pawn in a cat and mouse game of Dangerous Obsession.

*This is a clean romantic fiction. There is no graphic violence, sex, or language in this book.* " 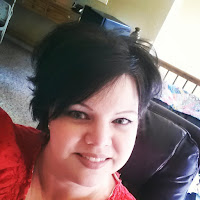 Author M.M. Roethig is a 'happily-ever-after' author whose guilty pleasure is a swoon worthy romance. Growing up, she spent her youth on various Air Force bases in many different states, which encouraged her imagination and love of make believe stories with each new city, scenery, and situation.
Finally settling in Idaho, M.M. Roethig finished her schooling years and eventually met and married her very own Prince Charming. A recent move took her to Northern Colorado, a place she has instantly fallen in love with and embraced as her home.
When she is not swooning over romance stories or writing, M.M. Roethig enjoys spending time with her husband and son who also call Colorado home. With two grown daughters and one son-in-law living in Idaho, she finds every excuse to travel back as much as possible.

Other hobbies M.M. Roethig enjoys is running, photography, baking, watching her son swim, trying new board games, and cheering on the Denver Broncos.