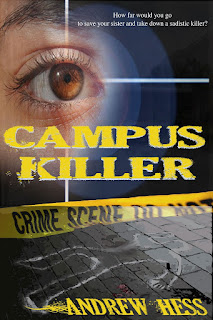 Ali Ryan has dreamed of being a hot shot detective that solves high profile cases. Her love for crime novels and police dramas was her inspiration to become a cop, but it was her pushy demeanor and sassy impulsive attitude that earned her the detective promotion she coveted. But is your dream job worth sacrificing the ones you love?
The fall semester for New Paltz has begun complete with a dead body turning up in the dorms. Police claim the case is open and shut, but Detective Ali Ryan doesn’t think so. She throws herself into the case desperately searching for answers as the death toll on campus rises; each made to look like a suicide.
With Ali getting closer to uncovering the truth, the killer wants to make his attacks more personal. His sights are set on Detective Ryan and her sister. Police are forced to place them under their protection, but Ali is determined to hunt down the killer and stop him before he kills again. But how far is Detective Ryan willing to go to protect her sister and take down the sadistic killer?

Find out what others are saying about the Campus Killer:

Author Andrew Hess captivated me from the moment I started reading this story. I loved how he moved between the heroine Ali Ryan’s point of view and the killers. Getting lost in both of their heads as they tried to outsmart one another was thrilling. This book is an absolute page turner as Ali Ryan chase after the killer. I could not help but gasp and hold my breath during a few of the scenes. ~Sarah Reads

I love reading different genres of books but very rarely do I read a good crime mystery, until now…. It reminded me of watching CSI or NCIS. It kept me on the edge of my seat and had me shouting at some of the scenes in the book. ~Linda Luscious Literature

Ends like a Hitchcock movie. Excellent plot and development of characters; mystery and suspense unpredictable and engaging. ~Dee Archer

I admit that I haven’t read a lot of crime thriller, but if they were all like this one, I think I’d read more. ~Toinette Thomas

Andrew Hess is a resident of Long Island New York. He debuted his first book, Chamber of souls, in 2011. The Chamber was a unique free verse poetry book that depicted the struggles of man as he falls into his own self wallowing journey while struggling to find himself. Hess followed this up with another book of poetry which showed a much darker side called; Hall of the Forgotten.
Hess has a love for mystery novels which was apparent by him taking a stab at a fictional government conspiracy series; The Phoenix Blade. This series has taken readers by storm by showcasing a group of vigilante 20 year olds that have been hired by the government to rid the country of people that have evaded justice. The Phoenix Blade currently has released the third installment of the series and was awarded Best Series of 2014 by Indie Author Books.
Despite living most of his life on Long Island, Andrew also spent five years living in the Ulster and Dutchess County areas and returns several times a year. His return trips have inspired him to create another intense series depicting a female detective named Ali Ryan called, Campus Killer.
Hess is an avid blogger at TheWritersRevolution13.blogspot.com where he promotes and interviews other authors as well as reviewing books of all genres. He has partnered up with several companies to help showcase authors from all over the world.
Hess is also a frequent guest on the Anthony Charles Podcast, a show dedicated to creative professionals as they give insight into their works and the lives they lead; guests have included authors, comedians, musicians, stuntmen, actors and producers.

Q and A With Author Andrew Hess


Q -  When did you know you wanted to write books?
A - I always had a fascination with writing, but didn't really give it serious thought until the 2004-2005 school year. I was in college and was taking a literary course. That's when the idea for my first novel took form and decided I wanted to be an author. The next semester I took a creative writing course and showed my professor some of my poetry and chapters for my books. He thought they were good but would need a lot of work. He saw potential in me, and that solidified my desire to become an author. 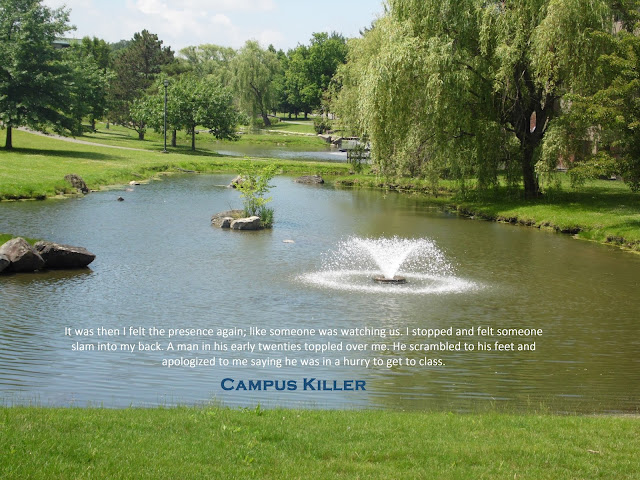