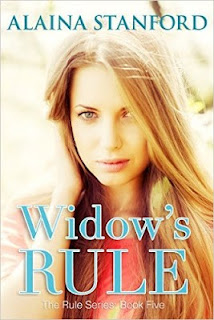 A young widow, Whitney concentrates on work and her children. A new client, Veronica Nelson, an elderly woman with a sour face hires Whitney as her corporate attorney. Whitney discovers Veronica has an intellectual property rights claim against a lucrative corporation that owes millions of dollars. Veronica asks Whitney to rewrite her Will then dies mysteriously a few days later. That’s when the calls begin and the shadows grow eyes. So begins a chain of events that spiral quickly out of control. Whitney discovers there are some things she cannot face alone.

I have one of those brains that won't turn off at night. Many nights I would distract my intellect by revamping a movie, book or TV show in my mind. I would twist and turn the plots and characters to achieve the ending I preferred. That developed into side stories about my favorite minor characters. Each night I fell asleep in the middle of a grand adventure. It wasn't long before I began to create stories of my own and put pen to paper.

I love a good adventure. I love a good romance. As the mother of seven children, I also learned to love to play video games. One day it occurred to me to write an adventure that flowed like a video game and I added a touch of romance. Thus, Hypnotic Journey was born. The HJ characters are like a family to me. They are foolish, daring, resourceful, passionate and dedicated to their friends.
My love for Science Fiction gave birth to the Treborel Series. It’s a paranormal Sci-Fi romance featuring a psychotic villain and a multiple layer
of hero's fighting to survive the chaos.
I write about how friendship and love can carry you through situations that you might not otherwise survive. You will find my stories exciting and steamy, but I am not an erotic writer. My stories fade to dark when the steam begins to rise, but take it from me, the steam does rise and emotions do soar.

Now for some fun interview questions!

5- Is there a message you would like readers to get out of this book? What is it? Widow's Rule is about moving on with your life after a devastating loss and not being afraid to lean on your friends in dark times. Whitney is a strong independant woman who took her deceased sister's children to raise then lost her husband in an active shooter incident. She's determined to make it on her own but things grow quickly out of control when an outside force threatens her and her family.

Snippet Time!
Whitney checked her email one last time before shutting down her office computer. Ten days ago Veronica promised to email her Juliette’s personal information. Whitney sighed and checked her phone- no emails, no calls, and no text messages. The screen went dark and she sat it on her desk. Opening her desk file drawer, Whitney frowned at Veronica’s file. She needed a fireproof filing cabinet with a secure lock if she was going to store sensitive documents.

She pulled Veronica’s file from her drawer and headed toward Josh’s office at the end of the hallway. He was on the phone when she entered. She waved at him and opened the long filing cabinet that was nearly as tall as she and ran down the entire length of Josh’s wall. She sat Veronica’s file inside and closed the drawer. A quick wave goodbye to Josh and she headed back to her office to grab her purse.
“Whitney, hang on,” Josh called after her in an urgent voice.
She turned to look at him and he waved her back. When she entered the room, he placed his palm over the receiver and said, “Close the door, we need to talk.”
Whitney shut the door behind her and sat down in front of his desk wondering which of his deals were about to turn sour. He hung up the phone and locked eyes with her. “Whit, that was Warren Stevenson, Veronica died last night.”
Whitney stared at him in stunned silence.
Josh continued, “Warren said it happened around 2 o’clock this morning. He thinks she was heading downstairs to make some warm milk. She apparently did that quite often when she couldn’t sleep. She must have tripped or stumbled on the stairs and broke her neck. When her man Roger found her this morning, she was gone.”
“I can’t believe this,” Whitney stammered. “Veronica was just here. She was supposed to call me this week…” An iron claw squeezed her heart forcing the breath from her lungs. Why couldn’t death leave her alone?