“Everyone in the world has a Spark, a light inside that guides them, keeps them alive.” 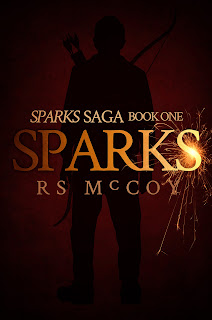 Starting school is supposed to be a fun and exciting time for any new student. But for Lark, a skilled archer and fledgling mind-reader, it’s a creative form of torture. Locked in rooms and hallways with both friends and enemies, bombarded by the thoughts and feelings of his peers, Lark is a prisoner.

On a quest to master his Spark, Lark’s mentor–his one ally–is anything but helpful. What Lark fails to realize is the value of his rare ability, and just how far some are willing to go to have control of him. 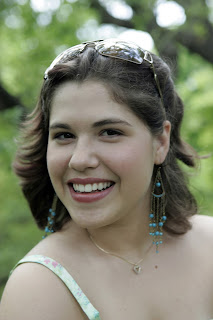 Rachel McCoy is a Texan living in New Jersey. Between binge watching MTV reality shows and baking gluten free treats, she writes paranormal fantasy and science fiction novels. She is the self-published author of the Sparks Saga trilogy as well as numerous short stories, some of which now reside in anthologies. Back when she lived in the real world, Rachel earned a degree in marine biology, which contributed to her die-hard love of manta rays.

To connect with RS McCoy (or swap recipes), visit her on her website (rsmccoyauthor.com) or check out her Facebook page (facebook.com/AuthorRSMcCoy). You can also join her newsletter to receive release updates, free stories, and bonus extras (eepurl.com/YItp1).

5. I started writing in the spring of 2013. In the fall of 2012, I was diagnosed with thyroid cancer and underwent several months of treatment. It was a struggle but I made it through. Then, in April 2013, I received that phone call no cancer patient wants to hear: they found another mass in my neck and I needed to come in for more tests. I thought I made it through my initial treatment as well as could be expected, but this single phone call completely blew me apart. I was angry. I was scared. I had a new baby that I didn't want to leave without a mom. I had a ton of emotions going on and I really struggled to relay them in an articulate and meaningful way. My husband had been encouraging me to write for a while, so the afternoon of that phone call, I went home, and I wrote a short story on a few pages of computer paper. For a few minutes, my head was clear and when I was done, I'd transformed all my negative energy into a positive product. I've been writing ever since! (And the phone call ended up being a false alarm! I've been cancer free for three and half years!)

6. I'm currently working on my Alder Tales series. This series is my paranormal romance spin on classic fairy tales. The first book, Blossom and the Beast (retelling of Beauty and the Beast) will be out at the end of May. I'm currently writing the second book, Raene and the Three Bears (Goldilocks and the Three Bears) to come out later this year. The books in this series take place in Seraphine, a post-apocalyptic realm in modern day Europe. At eighteen, citizens of Seraphine learn their totem animal, and for the rest of their life, they can transform into that animal at will. It's been a lot of fun to write characters and incorporate animal traits into their personality. In the second book, Raene has a tiger totem, and it comes out in her quiet elegance and fiery temper. She definitely has some claws!

Wearing only my loose brown pants, I crawled into the most comfortable bed I had ever known and sank into the soft, down pillows. I had just started to drift off when I heard a knock at the door. I’m going to kill Avis.

“What do you—” I started until I realized it wasn’t Avis. It was a stunning blonde with blue eyes. Khea.

“I’m sorry to wake you. I just—I had to see you.” Her arms moved to wrap around my waist and hold me tight as I questioned if I was really sleeping or not.

“Uh, do you want to come in?” We both knew the rules about being in someone else’s room after hours, so I pulled her in and sat down on the edge of the bed, still a little surprised she was there.

In the dim light, her hair looked a little darker, but her face was still sweet and there was no denying that the last two years had done her well. Who would have thought such a beautiful, young woman would come from that skinny, little girl in Lagodon?

“How’d you know I was back?” I asked her, trying to appear less tired or shocked than I was.

“I didn’t think you—” Cared? It wasn’t the right word, but I was beyond amazed that she was interested in my whereabouts. I hadn’t seen her since that night at the Moonwater, and it had changed everything for me since then. But for her, I wasn’t aware that she had been affected in any way.

“Ride with me tomorrow?”

“Uh, yeah, of course.” It was a struggle to cover how little I wanted to wait. I would have given anything to have her stay.