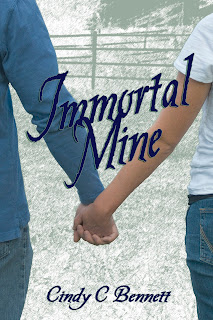 Niahm (pronounced Neeve) Parker is thoroughly content with her life in the small town of Goshen. Her parents, who travel frequently for their work, have raised a headstrong, independent teen. While her peers can hardly wait for the opportunity to leave, Niahm plans to stay forever.

When Shane Coleman and his nephew Sam move into town, it's the biggest event to happen in as long as anyone can remember. It’s quite remarkable for anyone to move into Goshen rather than out, but when it’s discovered that Sam is 17, it requires some serious burning of the phone lines. All the teen girls are thrilled to have a new hottie in town—all except Niahm. Sam Coleman represents a threat to her perfect way of life.

Sam is drawn to Niahm against his will. He'd prefer to not be bound to this angry, stubborn, unlikeable girl. Unfortunately, he has no choice. However, Sam didn't plan on falling for Niahm. For Immortals, love is not only forbidden, but dangerous for her. He finds himself in a fight not only for Niahm's heart, but to protect her from being harmed by those who seek to destroy Sam and those like him.

Niahm finds herself attracted to the tall, copper-headed boy, who becomes her friend and then her support when tragedy strikes. Soon, she begins to realize that there may be more to Sam than she ever suspected... much more. But what he truly is, she can't begin to imagine 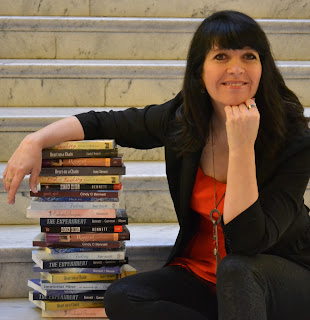 Bennett lives a most unglamorous life in the beautiful state of Utah. She is the author of several YA books in many subgenres. She's the mom of two daughters, two sons, two daughters-in-law, and a son-in-law not to mention her three adorable grandbabies. She loves gooey cookies, dark chocolate, and cheesy popcorn. She hates housework and cooking, and has no plans to become a domestic goddess. Her favorite pastime--other than writing--is riding her Harley.

1.      When did you start writing, and was there a specific event or person who influenced you to become an author?
Absolutely. I’ve talked about him before. My 9th and 10th grade English teacher, Steven Bickmore, is one of the biggest influences on my love of writing. Each day we’d come into class and be assigned a topic to write on for 10 minutes before moving on to the day’s lesson. It was the thing I looked forward to more than anything, those 10 minutes of pure creative flow.
2.        Are you currently working on a project, and if so, can you tell us anything about it?
I’m working on two, actually. One is the sequel to Immortal Mine, tentatively titled Immortal Yours. I’m also working on a new project that as yet is untitled. It’s about two best friends, one of whom is in love with the other, when tragedy strikes, completely changing their lives. It’s about them finding their way in their new reality, and how life can unexpectedly change in a blink, which isn’t always a bad thing.

Snippet #2
“How tall are you?” I blurt out. He blinks in surprise, and it occurs to me that my tone sounds a little accusatory, as if he’s been keeping it secret. I drop my voice to a murmur, “Not that I, you know, wonder about it very much, or anything.”
“I’m six-three,” he says. “How tall are you?” I glance up at him, and quickly away, but not before I see the grin and teasing glint in his eyes.
“About a foot shorter,” I say.
“About a foot?”
“Fine, exactly a foot, okay?” I know I sound sullen, but I still haven’t decided whether I should be nice to him or not—especially when I’m this confused about him. I’ve never been confused about a boy before. It’s kind of embarrassing to admit, but I’ve never even kissed a boy before.
“Should I call you shorty, or shrimp?” he laughs.
I glare at his chest. “Should I call you lanky or Lurch?” I shoot back. Yeah, I know. Lame. But he only laughs more. Then he slips his hand from my shoulder and holds it toward me.
“You can call me anything you want if you’ll agree to a truce.”