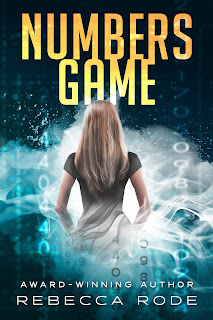 A citizen girl someone’s trying to kill. A hot military slave with a mysterious past. A dangerous game that changes everything.

In futuristic America, everyone wears a number. Treena's as ready for Rating Day as anyone can be—she's a top contender in Level Three school and has a highly-rated boyfriend. But when her number is announced, it shocks everyone.

To get her life and boyfriend back, Treena must go undercover and expose a military spy. Doesn’t sound too hard, except that someone wants her dead. And then there’s Vance, the mysterious soldier with a haunted past and gorgeous brown eyes. Together, they discover a dark numbers conspiracy, one that shatters the nation’s future. Treena must join up with Vance if she is to survive the dangerous game of numbers—and the terrible war that rages within her heart.

If you love futuristic thrillers and dystopian sci-fi adventures, you'll love this action-packed mystery with a dash of romance for fans of Suzanne Collins,Veronica Roth, and Ally Condie. This is the first book of the #1 Bestselling Numbers Game Saga.

"Gripping, from beginning to end . . . a tale as action-packed as Divergent yet as introspective as The Giver. . . . Sure to be an instant classic in the genre."
–R.J. Craddock, author of The Children of Cain series 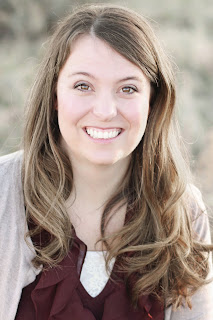 REBECCA RODE is an award-winning author, journalist, and mother of four. She is the author of the YA dystopian novel, NUMBERS GAME, and the inspirational book, HOW TO HAVE PEACE WHEN YOU'RE FALLING TO PIECES. She also writes for Deseret News, KSL.com, FamilyShare, and Provo Daily Herald. However, her true love is writing for teenagers. She enjoys traveling, reading, and martial arts, and she has a ridiculous addiction to chocolate-banana shakes.

1.    When did you start writing, and was there a specific event or person who influenced you to become an author?

I started writing as soon as I could hold a pen. There is a specific author I admired, though. His name was Chris Heimerdinger. I actually wrote him a letter as a kid, asking questions about getting published and the writing process. I think I was like ten or eleven. He sent back a two-page letter answering my questions and some signed manuscript pages of his next project. I met him at a signing years later, and he still remembered that letter. The only one where a child asked for writing advice, he said.

2.     Are you currently working on a project, and if so, can you tell us anything about it?

Of course! I'm outlining Numbers Raging, which is book three of the Numbers Game trilogy. Book two, Numbers Ignite, just came out in January, and it did well right out of the gate. I don't want my readers to have to wait too long for the conclusion.
Connect with the Author:

Snippet #2
"It feels good to finally choose sides, doesn't it?" he whispered.
"Whose side are you on, then?"
As he looked into my eyes, I felt like he could see into my soul. His fingers brushed my cheek, then he cradled my cheek in his hand, gently tilting my chin upward. I felt his breath, felt the battle within him as well as I felt it in myself. But something pulled me toward him.
"Yours," he said. He slowly closed the distance between us.
And our lips met.


He was hesitant at first, just a soft brush of his lips on mine. Then the cool, damp air around us melted away in an instant. His strong arms went around me, pulling me closer, holding me tightly. His kiss became more insistent, and the pain and fear within me began to fade as I felt myself giving in. His chin was rough against my skin, but it only fueled the heat that pulsed through my racing heart.