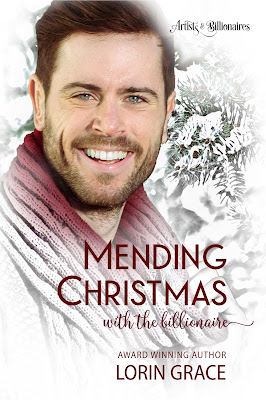 Tessa Doyle’s semester in Europe left her a much wiser woman. But then she takes a job referral from her ex-boyfriend, and agrees to repair the stained-glass window, the last work she will need for her MFA. With a two-week deadline, she will have no time for anything else, especially men.

Sean Cavanagh’s Christmas season has lost all its cheer. Nothing has gone according to his plans for Christmas since the drone broke the window. Now organ pipes are missing, and a blizzard is threatening to cancel what could be Granda’s last sermon.

With a little magic and a lot of snow, Tessa and Sean work together to repair not just a window, but also their hearts.

August 2018 Extended Ending: Granda's house hid more than boxes of papers could they be worth a million or more?

Top 10 favorite things in no particular order:
1. Hugs from my children
2. Kisses from my husband
3. My dog greeting me at the door.
4. A comfortable chair
5. A good book
6 when a plot comes together
7. Phone calls from friends
8. The UPS truck in my driveway
9. Chocolate
10. Time to ponder.