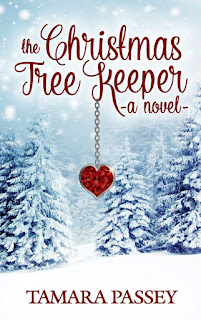 Though Angela Donovan is out of work and needs money for rent, she yearns for her eight-year-old daughter to have a carefree holiday. The last thing she wants is the pressure of her daughter expecting a miracle. But when they pick out a Christmas tree at a cozy Massachusetts tree farm that’s exactly what happens when they learn the trees might be miracle trees. Mark Shafer is soon to be the new keeper of the Christmas trees when he inherits the family farm. He’d like to run it with a family of his own, but his girlfriend wants nothing to do with farm life. He makes plans to sell so he can propose to his girlfriend and pursue a career in music. Then he meets an unforgettable customer and her daughter, and an anonymous gift compels them to learn the truth about the trees. With a buyer willing to pay top dollar for the land, Mark has the fate of the trees in his hand. Will he be able to see what and who is most important? And will Angela give the miracle of love a chance? 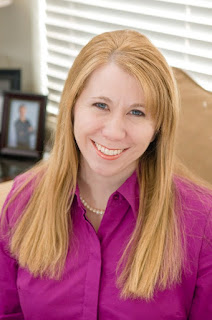 Tamara Passey, author of the The Christmas Tree Keeper: A Novel, was born and raised in Massachusetts around a large family, one that has served as inspiration for most of her writing. She was named Arizona Young Mother of the Year in 2013 and contributes marriage and family articles to FamilyShare.com. Mothering through the Whirlwind is her fist work of non-fiction. She loves most creative endeavors and when she isn't writing or re-writing, you can find her baking or cross-stitching or walking--though not all at the same time. She lives with her husband and three children in Arizona.

1.      Did you learn anything from writing your book and what was it?

I learned so much from writing this book that could I could fill another book, but that just might be because I had a lot to learn. What stands out are these: 1. The words won't write themselves, I need to show up at the page. 2. Writing a book is like entering an agreement with the reader. That is agreement is set up within the first five pages (or less) and as the author, I need to deliver on the promise of the premise or risk not living up to my part of the agreement. 3. Writing is harder than I want it to be, but also more rewarding than I dreamed it could be.

2.   What is the thing you struggle with the most while writing? And how do you defeat it?

Besides finding time to write, self-doubt would top the list of what I struggled with most. How did I defeat it? I'm not sure I did, but I did learn to set it aside long enough to finish the book and then long enough to share the book with readers. If I allow my self-doubt too much "air time" it can shut down the entire creative process. I'll only entertain so much, then I get back to the page.

“Can we bring something for Christmas?”

“Can I bring your nativity set?” she asked as she looked at it longingly.

Angela set the grocery bags down in front of the door. She picked up the case and began putting the pieces into their corresponding velvet compartments. Caroline helped. The place for the lamb remained empty.

“Maybe,” she said. Probably not.

“What did Florinda tell you about the wise men?” Caroline asked.

“The wise men? ‘Don’t give up your search for Jesus,’ I think she said.”

“What does that mean?”

“The wise men travelled a great distance. It must have been a long journey, but they didn’t stop until they found Jesus as a child.” Angela almost closed the case, but Caroline reached for another piece.

“What about him? What did she say about Joseph?”

Too worn out to resist her daughter’s earnest inquiry, Angela explained, “Florinda said, ‘when you find someone as loving and as loyal as Joseph, keep him close to your heart.’”

Caroline reached for the figure and tilted her head. “You haven’t found someone like that yet, have you?” she asked.

Angela took the figure back, put it in the case and closed it. She spoke the obvious answer hanging in the air.