"It could not be worse for ninth grader Becky Michigan on her first day at a new school, sitting in beet juice and staining her white jeans in a classroom about to fill up with students. In the nick of time, a gorgeous blonde boy named Danny comes in and offers his over-sized baseball jersey so she can cover up, get to the office, and change. By the time she pulls the shirt over her head, however, he has mysteriously disappeared.
Becky scours the school in search of her dream-athlete and wonders why after contact with him she has magically gained the ability to throw a fastball ninety miles per hour! Instead of finding the answer, however, Becky's new skill pits her against the school bully and the entire varsity baseball team.
That night, after her exciting showdown in front of the entire school, Danny shows up at her bedroom window. If she will agree to meet him behind Rutledge High at midnight on the ball field at the edge of the woods, he promises to reveal a secret meant to alter the past and change her life forever." 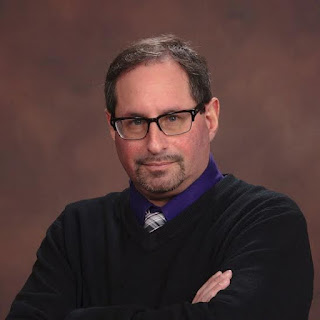 Nicholas Fisher is a college professor and a sports enthusiast. He writes adult horror under another name, but thought of the idea for Becky’s Kiss while coaching his son’s baseball team. Since the story involved high school drama he decided to write his first young adult piece. When not writing or teaching, Nicholas Fisher enjoys pizza, reality television, and playing the banjo. He lives in Pennsylvania with his wife and his son goes to Arizona State University.

Excerpt from Becky’s Kiss. Becky is called down to the Principal’s office because she threw an orange across the cafeteria at a bully named Cody Hatcher, and knocked him out cold with it.