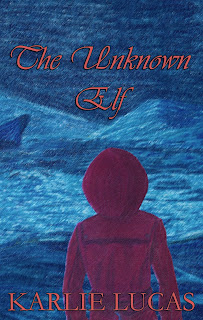 Marie never expected to wake up in North Pole City, let alone become Santa’s Emergency Replacement. It was a job she never wanted but couldn’t turn down, thanks to Clarence, Santa’s right hand man. Now, Marie has to work with Clarence, who believes she is some kind of criminal who will cause the destruction of everything he holds dear. Trying to prove that he’s wrong, Marie keeps making mistakes that push them even further apart. It doesn’t help that she has a past she’d rather keep hidden. However, trying to keep her past where it should belong isn’t easy. Just when Marie starts to feel like things are coming together, a madman with a bone to pick, and Christmas to ruin, threatens the whole of the North Pole Organization. Marie must rely on Clarence and her new friends to help her face her past before Christmas is gone forever. But does she have the courage to truly be herself when it could mean losing everything? 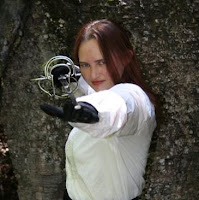 
1.      What is your favorite part of writing?
I love it when the characters talk to me and tell me their story, because it really is their story.

2.      Is there a message in your novel that you want readers to grasp?


I want all of my readers to get a sense of being able to achieve the seemingly impossible. Too many people feel trapped by circumstances, weak, unloved, or any number of negative things. I want to show them that no matter how bad life is, they can do something to make it better.

Ten things about me:

1. I almost double-majored in college, Creative Writing, and almost General Art.
2. I'm not a fan of seafood, though I will eat breaded fish, like fish sticks and fish patties for sandwiches.
3. I am also the director/producer of an amateur radio drama.
4. I am proudly owned by a ginger tabby.
5. Back in college, I took Kenpo karate.
6. My husband thinks that I was an "East European cab driver in a past life", which is apparently why I'm such an adventurous driver.
7. I really like dragons. And elves. And Christmas.
8. I know a lot of voice actors who work for FUNimation, the anime voice over company in Texas.
9. I've never gotten a speeding ticket.


10. I really like to be creative in the kitchen.