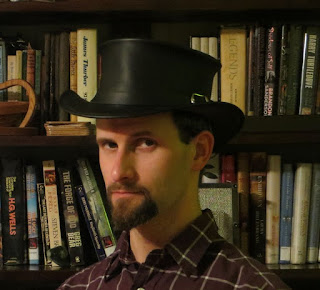 William C. Tracy is a North Carolina native and a lifelong fan of science fiction and fantasy. He has a master’s in mechanical engineering, and has both designed and operated heavy construction machinery. He has also trained in Wado-Ryu karate since 2003, and runs his own dojo. He is an avid video and board gamer, a reader, and of course, a writer.

In his spare time, he wrangles three cats. He and his wife enjoy putting their pets in cute little costumes and making them cosplay for the annual Christmas card.

You can visit him at williamctracy.com.

On a bright August day, the sun disappears. 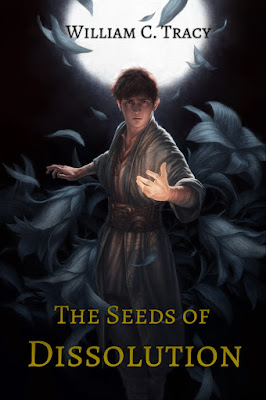 Sam van Oen barely escapes freezing to death in his house, as his watch stops and fire ceases to burn. He is pulled into the Nether—a nexus between ten diverse alien cultures—where he meets two maji who can control the musical foundation of the universe. While coping with anxiety attacks prompted by his new surroundings, Sam must learn to hear and change the Symphony, and thus reality, in order to discover what happened to his home.

Sam is surrounded by aliens, both strange and familiar. Soon, he meets sister and brother twins, also new to the Nether, who support him during his anxiety attacks. Sam finds he is attracted to both of them, and does not want to choose.

But more freezing voids like the one that started his journey are appearing, and Sam’s chances of getting back are fading. The Assembly of Species is threatening to dissolve and the maji are being attacked by those they protect, while rumors grow of an ancient, shape-changing species of assassins, returning to wage war.

The Dissolution is coming.

1.     What is your favorite book that is not yours?
a.     That’s a hard one. It changes because I keep coming across really great new books. If I have to pick one I come back to again and again, I’d go with Sir Terry Pratchett’s Small Gods, with Pyramids being a close second.
2.     Do you write in multiple genres? Which genre is your favorite to write?
a.     Yes and no. I generally write Science Fiction and Fantasy (which I consider to be the same genre) but within that umbrella, I’ve written a space opera, an epic fantasy, a coming-of-age adventure, a political thriller, a mystery, a superhero story, a time travel story, a collection of alternate reality short stories, and a mid-grade adventure. My favorite genre is probably the adventure-style stories. They flow a lot easier, and I enjoy the sense of wonder while I write.
3.     How young were you when you started writing?
a.     About 14. I noodled around with creative writing, then didn’t do much in college, then picked it back up after I started my day job.
4.     If you could meet any author, past or present, who would it be and why?
a.     Sir Terry Pratchett, because by all accounts he was a very kind, genuinely witty man, and Jules Verne, because I’d love to know how he came up with his ideas.
5.     How long does it take you to write a book, and what was your fastest book to write?
a.     This depends on size and topic. I wrote The Seeds of Dissolution in almost exactly one year, from start to publication date. However one of the other books I have out to agents has taken about 2 years, on and off, and I’m still not sure it’s right. They’re both similar in length.
6.     What is your favorite thing to do in the summertime?


a.     Tend my garden, and harvest and eat the different fruits I grow (blueberries, raspberries, blackberries, grapes, and pears). I also enjoy the summer con schedule. I’ll be attending 5-6 cons this year between June and September.