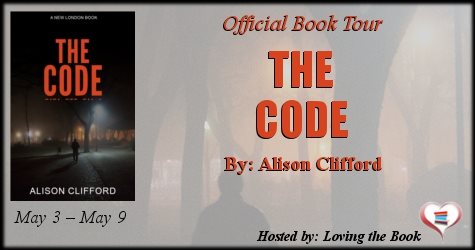 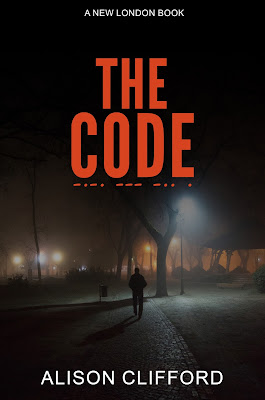 NCIS Special Agent Ryan Gilmour finds himself back at the New London submarine base, the result of a posting swap with a friend. He settles in to wait for a chance to lead an investigation and for a woman who can capture his fickle heart.

When a vandal carves a Morse code message onto a building on the base, Ryan crosses paths with librarian Alex Ware. Her ability to avoid answering his questions leaves Ryan convinced she is hiding something. Determined to find out what it is he seeks her out, but his persistence only leads to conflict and frustration.

As a second act of vandalism rapidly follows, and then a third, Ryan is given the lead in the investigation. The attacks become sinister, the trail of Morse code messages with each act taunting Ryan and his team, daring them to break the code before it’s too late. And at every turn is the elusive Alex Ware.

Will Ryan and his team find the key to solving the case? Will Alex let down her guard and tell Ryan her secret?

Can they uncover who is behind The Code?

“What are you doing?”

Alex spun around to Ryan, standing close behind her.

“Look.” She pointed to the damage on the tree. “It’s the same with all three. Some,” she gritted her teeth against the swear word she wanted to say, “…idiot…has killed the trees.”

Alex watched as Ryan went from tree to tree, circling each one as she had done, before returning to her.

“I wonder,” he muttered. He left her again, walking a wide perimeter around the trees, looking at walls, the ground, everywhere. It took Alex a moment to realise what he searched for and she joined in the hunt.

“There,” Ryan said and strode over to a patch of grass by the building. He held his hand out as she followed. “Stay back.”

Alex stopped as Ryan crept close to the square of grass, crouching and tilting his head as he moved. She moved to the side and saw what had caught Ryan’s gaze. Shiny objects were embedded in the grass, reflecting the morning sunshine.

He stood up and turned to look at her. “You don’t need to know.”

“I found the trees!”

“Yes, you did, but this is a whole different thing.” He came over to her. “Alex, please leave me to deal with this. I’ll come and see you later, okay?”

He didn’t wait for her answer, walking back towards the glimmering message and pulling out his cell phone. Alex glared at his back, but he ignored her as he talked into the phone. She glanced around and then crept across behind Ryan, squinting at the patch of grass, trying to make out the whole
message.

“Oh, okay,” she grumbled and stalked away towards the library. She didn’t glance back, didn’t stop until she reached the staff door and let herself in. Inside and with the door closed, she leaned back against it and shut her eyes to picture gleaming items in the grass; a pattern spelling out a word. 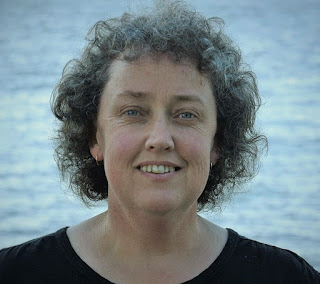 Alison is the author of the White Rose series and the New London books, and is a member of the Australian Crime Writers Association.

She has served in both the Australian Army Reserve and the Royal Australian Air Force, and now lives in Tasmania with her family.

Alison is a self-confessed stationery junkie, loves forests, and drinks too much tea.