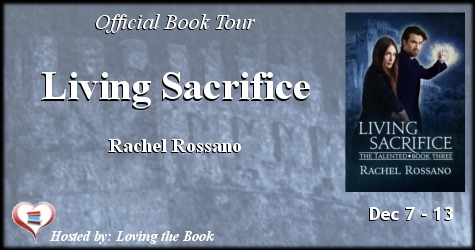 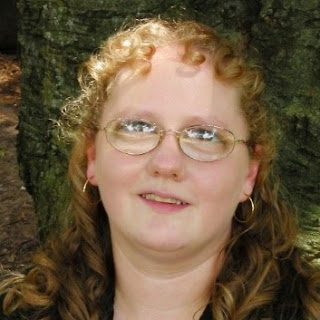 Rachel Rossano is a happily married mother of three children. She spends her days teaching, mothering, and keeping the chaos at bay. After the little ones are in bed, she immerses herself in the fantasy worlds of her books. Tales of romance, adventure, and virtue set in a medieval fantasy world are her preference, but she also writes speculative fantasy and a bit of science fiction.

Separated, but still joined, they strive for freedom. 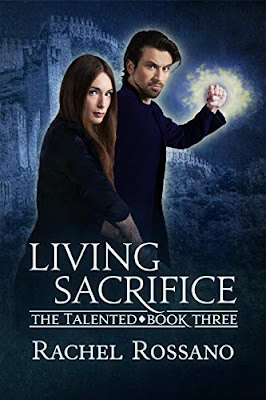 Left behind at the sept son’s compound, Zezilia Ilar struggles with the after effects of her prolonged commisceo-link with Hadrian. She devotes herself to caring for the wounded arriving almost daily from the battlefields. Pressed to perform procedures and make decisions far beyond her training, Zez grows in confidence and skill. All the while, she wonders if she'll see Hadrian again, fearing the worst possible news will arrive any day.
Sept Son Hadrian Aleron fights to bring peace to his home nation. Allied with the new high king, he and a small army of Talented struggle to retake the capital city. Elitists, though scattered, continue to pick off the strongest of his men. As he battles the remnants of the commisceo-link and tries to organize the campaign, he begins losing himself to exhaustion. Only a miracle will keep him alive.

My mulling of Zez’s latest letter dissipated in an instant. I turned toward the voice and discovered not just one, but four men studying me expectantly from the far sides of the map-strewn table. The light of the single lantern burned steadily on the hand-drawn spires of the goddess’ city. The meager light didn’t make it to the outer reaches of the tent walls around us.

“—missed the question.” I finished my statement while facing the two military men before me. “I have not been sleeping at night.”

“That is evident, Hadrian.” Cayphis sighed softly and rubbed the bridge of his nose. “However, I would appreciate it if you would focus long enough to answer the question.”

“Will you lead the western assault?” Renato calmly sent me the question.

“Yes.” I scanned the map spread across the table between the five of us.

“That is your answer?” Cayphis asked.

“Yes,” I met his gaze. “I will lead the western assault while you and Clovis attempt to take the gates. Plantonio will spearhead the eastern front and Selwyn’s men will cover any escape attempts to the south. We have Ilar and Sabine surrounded.”

It had taken three months of hard chase, driving the joint forces of Ilar and Sabine before us and fighting off ambushes and sabotage, to get to this point. Standing beneath the wall of the goddess’ city, it was hard to know if we were winning or losing the war. We still struggled with insurrection in the ranks and supplying our ragtag army, but at least the end was in sight.

I studied their faces each in turn. Brotherly similarities were obvious despite their differences in physical size. Clovis loomed over Renato’s slighter frame, but they both met my scrutiny with a steady gaze that reminded me so of Zezilia.

Shaking my head to dispel the vision of her gray eyes, I turned to my friend instead. “So we are well matched?”

“Almost one-to-one.” Clovis growled slightly in frustration. “Every one of those roaming bandit gangs we were chasing are accounted for. Father called everyone here for a final stand.”

“I don’t like it,” Cayphis muttered. “Something isn’t right. This isn’t normal behavior for Sabine, or Ilar either. They like stacked decks; no offense Clovis or Renato.”

“None taken. We know how our father works.” Clovis stared at the map. “Is there anyone else we could call on for help and skew the numbers our way?”

Talent and non-talent alike had taken sides. Families split. Brother would eye brother across the battle lines in the morn. My stomach twisted at the thought. My family was one of the few who stood together on one side.