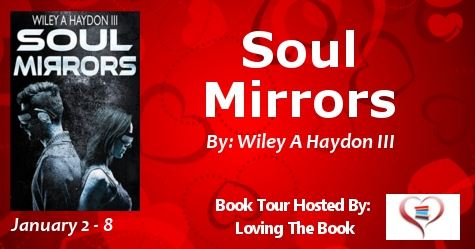 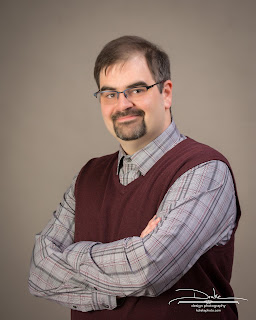 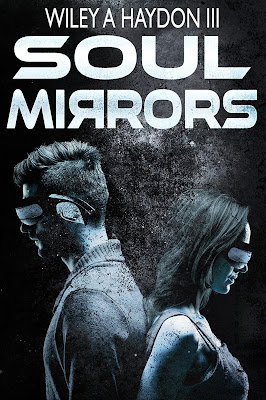 Sorry it's late but here is my review!

I went into this book thinking it was going to be similar in tone and environment to the movie from the early 2000's Minority Report. I was completely wrong.  This book is set in a time that is extremely similar to the world we currently live in. This made the book not only easily relatable but it also cut back on the world building so you could get right into the story.

The other aspect of the book that I was wrong about was the tone. This story is about 2 children who can look into a person's eyes and experience their whole life up to that point in just an instant. This is their story, it is not an adventure but more about the mundane things of life that this type of gift (or curse) would cause. Things like the children's moral rights, the constitutional rights of the person being reflected. How living with this could affect an entire family, how attitudes and bias can make a difference in your ability to cope with different stressors and situations. It also touches on certain events that are awful and grotesque, but it is mentioned in a delicate and non-invasive manner. Basically, this book was a look into the complexities of the human experience. I cried more times then I care to admit while reading... but I still enjoyed the book despite this.

The Author did a great job of answering all questions about anything I perceived as a plot hole. However, for some of them you have to wait until it is relevant for the plot to understand why or how things are happening a certain way. The only reason I gave this book 4.5 stars instead of 5 is because at the very end (no spoilers, don't worry) I struggled with what felt like a certain significant event being slightly passed over to consolidate the ending. However, on Amazon I will give this book 5 stars because it is possible that what felt like a disconnect between the massive tear inducing event and the wrap up after the fact, could have been attributed to the fact my friends came over, right at the end, and I had to put down the book for a couple of hours before I could finish the last few pages.

I would recommend this book to anyone who wants a quick read that is complex enough to keep you entertained yet touching enough to make you wish you had more tissues. As I stated before there are certain aspects of the book that could be repulsive (they reflect criminals, so this should be obvious) however the Author does well keeping from going into too much detail. This makes it easier to read but could still be a trigger for some. I definitely say this book is for older YA and Adult audiences. But it is definitely worth the read.

Thomas and Ashley Ross: The twins are my main characters, but they're
also young. They start at twelve and end at seventeen. I'm not really
familiar with performers in this age group, so I'm open to suggestions.
Physically, they're small for their age. In terms of personality, Ashley is
optimistic and obedient but lazy. Thomas is a cynical misanthrope who is
devoted to his sister.


Snippet #2
Thomas curled up, pulling as much into a ball as he could. He felt tears in
his eyes but fought them down. He’d always hated crying with his glasses on;
the frames trapped the tears inside. Today, though, he didn’t want to show
weakness to his jailer.
He felt Sam’s hand on his shoulder and tried to jerk away but couldn’t get
any farther from the man. He settled for burying his face away, hiding in the
dark hollows of his hands.

“The glass is always half full for you, isn’t it?” Thomas asked, turning
back to glare. “I guess it’s easier to be an optimist when it’s not your glass.”