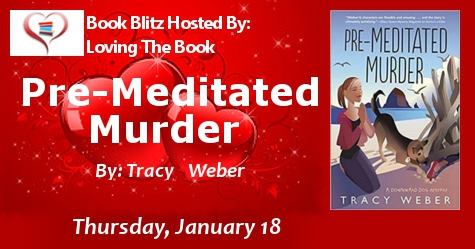 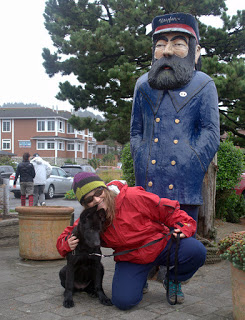 Her first book, Murder Strikes a Pose won the Maxwell Award for Fiction and was 2015 Agatha award nominee for Best First Novel. The third book in her series, Karma's a Killer, will released January, 2016 by Midnight Ink.


Tracy and her husband live in Seattle with their challenging yet amazing German shepherd Tasha. When she’s not writing, Tracy spends her time teaching yoga, walking Tasha, and sipping Blackthorn cider at her favorite ale house.

If Kate Doesn’t Act Fast, the Only “I Do” in Michael’s Future Will Be at His Trial 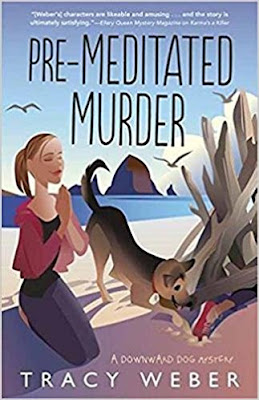 Yoga instructor Kate Davidson is ready to marry her boyfriend Michael, so she’s disappointed when a special dinner doesn’t end with a proposal. But disappointment turns to dismay and outrage as she learns the real problem: Michael is already married and his estranged wife is blackmailing him.

When his wife’s body is found―by Kate and her dog, no less―Michael is strangely unable to remember where he was the night she died. Since Michael has no alibi, Kate steps up to uncover what happened. What she walks into is a tangled web of deceit, obsession, and immigration fraud . . . with Michael trapped in the middle.

Rene yelled from the front door, “Kate, get in here!”

She didn’t have to ask Bella twice. Bella lunged towards Rene’s voice, practically dislocating my shoulder. I slipped and slid and tried to hold on as she dragged me through the front door and down the long bamboo hallway.

The metallic clank of the leash’s clasp hitting bamboo interrupted my sentence. One hundred pounds of pure German shepherd bliss galloped down the hallway, leaving me in a horrified silence punctuated only by the scrape of German shepherd toenails against flooring. Not a single room escaped Bella’s inspection. A long drink from the guest bathroom toilet, a dig in the family room’s rug, and a joy-filled roll on a bedroom’s queen-sized mattress later, Bella flopped on the deep red couch across from the living room’s stone fireplace. A storm of silky black undercoat snowed down on the fabric around her.