The difference between a curse and a gift is only a matter of perspective. 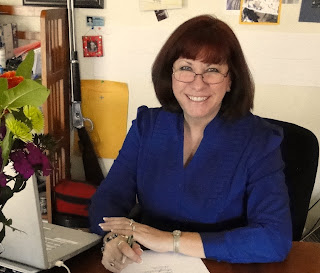 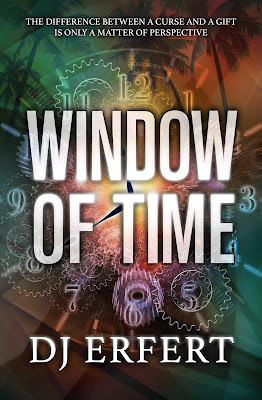 CIA courier Lucy James never gets used to seeing innocent people killed, but she copes with it—every day. Cursed with the ability to glimpse into the future when a death is about to happen, she has a short window of time to interfere—risking her life in order to change it. No one knows about her curse, until she saves a handsome Los Angeles firefighter trapped between her and foreign operatives hell-bent on intercepting her current assignment.
LA firefighter Johnny Cartwright’s life changes the moment he meets Lucy. His uncomplicated days flip to dangerously unpredictable after he’s drawn deeper into her secretive world of premonitions. His attraction to Lucy grows as he helps her stop a terroristic plot against the U.S., putting his life between her and certain death.

I really enjoyed being able to read Window of Time. This book gets right into the action within the first two pages and then any back story you need is interspersed with the present action. It helps pull you in quickly and avoids having long gaps of slow, but necessary back story, bogging down the cadence. I love the main female character being so kick ass! I always enjoy having female characters who don't have to rely on a man but who are not anti-male, and this book fits that quota. While this is labelled ‘Paranormal’ it is not the freaky type of paranormal but written in a way that makes it seem completely normal and plausible. There was once or twice during the story words get a little muddled and I had to re-read the sentence a few times. However I understand that the Author has done a new edit since I read this ARC and these may have already been fixed. I really look forward to the next books in the series, and would recommend this book to anyone who enjoys action, mystery, romance and a fantastic strong female lead.

Snippet:
“Johnny,” Lucy asked, setting her empty cup down next to the bowl of golden liquid, “is this—”
“Egg flower soup,” he finished for her. “I remember you said you wanted some.”
“You made this for me?” A familiar stirring filled Lucy’s chest. As angry and as disappointed as Johnny had been, he still went out of his way to make something special for her. She searched his dark eyes for any evidence of his remaining bad mood but found nothing more than concern for her. Her heart swelled.
“Yeah,” he said. “And for me. I told you I was hungry.” He turned and retrieved a plate of yeast rolls from the counter. He sat down on the couch next to Lucy but didn’t wait for her to start eating before he tore apart a roll and lifted a spoonful of soup.
A strong emotional urge pushed aside Lucy’s hunger for food. She had an overpowering need to fulfill it before she could satisfy her stomach. When Johnny dipped his spoon into the bowl again, she leaned closer to him, turned his curious face toward her with a gentle touch of her hand, and kissed his warm lips. It lasted for a brief moment.
“Thank you,” Lucy whispered, her lips drifting above his, “for taking care of me.”
Johnny swallowed hard, and said quietly, “You’re welcome.”