Touched to the Depths Review

Trust can be a deadly weapon... 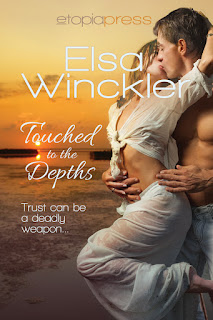 He was the photographer, she the model and on a sunny beach on Mahé, she stole his heart. But Darryn isn't ready for the powerful feelings Hannah elicits, so when another photographer implies he's also slept with Hannah, Darryn uses it as the perfect excuse to walk away.


But when they meet again, he can't ignore his instincts—Hannah is in danger. Lies and threats make targets of them both, and faced with a situation of pure terror, Darryn is forced to realize he'll do anything to protect her. And to keep her with him, always... 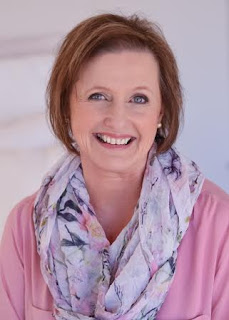 I have been reading love stories for as long as I can remember and when I ‘met’ the classic authors like Jane Austen, Elizabeth Gaskell, Henry James, The Brontë sisters, etc. during my Honours studies, I was hooked for life.
I married my college boyfriend and soul mate and after 40 years, 3 interesting and wonderful children and 3 beautiful grandsons, he still makes me weak in the knees. We are fortunate to live in the picturesque little seaside village of Betty's Bay, South Africa with the ocean a block away and a beautiful mountain right behind us. And although life so far has not always been an easy ride, it has always been an exiting and interesting one!
I like the heroines in my stories to be beautiful, feisty, independent and headstrong.  And the heroes must be strong but possess a generous amount of sensitivity. They are of course, also gorgeous!  My stories typically incorporate the family background of the characters to better understand where they come from and who they are when we meet them in the story.

I must preface this review by stating that I don’t enjoy contemporary Romance/ Drama. This book falls solidly in that genre. That being said I must admit that it was a well written book. The characters are developed and the plot line was plausible. There was also an element of suspense which I really enjoyed. The sex scenes were too hot for my tastes but not overly explicit. Even though this is part of a series it can be read as a stand alone. You meet the people in the previous series and discuss brief events from previous series. However it is just enough to peak your interest and not enough to be detrimental to the plot line. Overall if you like a hot romance with lots of drama and an element of suspense this is the perfect book for you! 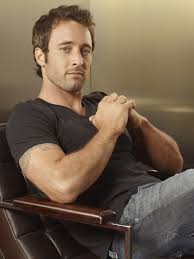 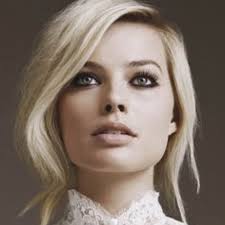 “Well, damn it, Hannah is incapable of two-timing anyone. She doesn’t have a devious bone in her body! And you should know that!” Caitlin scolded. “She will kill me if I tell you this, but she funds a charity for war orphans! That’s the kind of person she is!”
Stunned, Darryn stared at her. He hadn’t known that about Hannah. Come to think of it, he didn’t know anything about her life apart from the fact she was a model.
Caitlin stood up as well, glaring at him. She wiped her wet cheeks, her eyes shooting darts in his direction. “You could easily have found out anything about Hannah’s life—every detail is on the Internet. But you jumped to conclusions and probably never even bothered to ask her side of the story.”
“He knew about her tattoo!” Darryn shouted.
Caitlin eyes became slits. It was obvious she knew what he was talking about. “And of course the only way he could know about it was if he saw it?” she said, not even trying to hide the sarcasm in her voice.
“Well, yes! I thought…what we had was special. Damn it, I fell for her. Big time!”
Don snickered. “I knew it!” he said slapping his knee.
Caitlin stared at Darryn for long minutes, and then the ghost of a smile lifted the corners of her mouth. “So that’s what happened. Typical. You freaked out. When you realized how you felt about her, you freaked out and jumped at the chance to believe the drivel this Stephen told you. That way you didn’t have to deal with your feelings; you could just walk away feeling all righteous and indignant—typical Cavallo move by the way. Am I right?” she asked crossing her arms.
“Hey—I saw the light eventually,” Don complained with a smile. “And so did David and Dale. It’s just this poor sod here who doesn’t know what hit him.”
Darryn started pacing. “But the tattoo—” he began again.
Caitlin grabbed his arm, bringing him to a standstill “I don’t know how he knew about it, but I can assure you, he didn’t see it.” She dropped her hand and faced Don again. “I don’t have time to try to convince your brother of something he should have known to be untrue, I have to get to Hannah. I should have listened to my gut a long time ago. And what it’s been telling me is that something is very, very wrong.”
“I’ll go,” Darryn said. “I can go immediately, whatever I need to do I can do from anywhere. You are a family—it’s going to take time to get everyone ready, but I can leave right now. Come when you’re ready. I have a Euro visa, and I can pack quickly.”
“She doesn’t want to see you,” Caitlin said.
“Well, that’s too damn bad, because I’m going to see her. I want to know…I need to know she’s safe,” he ended fiercely.
Caitlin walked up to him, one finger in the air. “If you do or say anything to upset her, I’ll put both our mothers onto you,” she threatened.
“I can’t promise you I won’t upset her,” he said. “But I can promise you I’ll do my best to get to the bottom of this.”

To view our blog schedule and follow along with this tour visit our
Official Event page here: https://www.facebook.com/events/888286551286387/