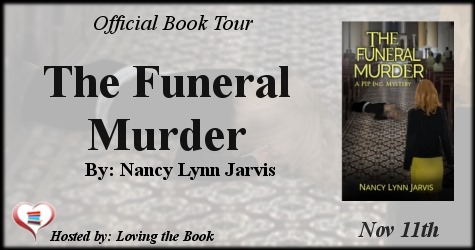 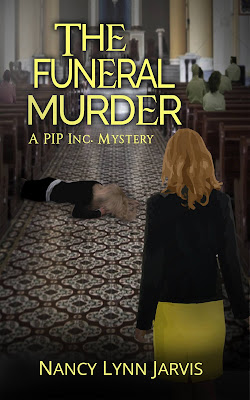 In The Glass House, the first book in the PIP Inc. Mysteries series Pat Pirard, recently downsized Santa Cruz Law Librarian, needed to find a new job in a hurry. She printed business cards announcing she was Private Investigator Pat and crossed her fingers, hoping she could earn enough money working for attorneys as a PI to survive.
Pat’s first investigation went well, so she’s excited when she gets a call from an estate attorney who offers her a second job. The attorney tells Pat his client died at a funeral and he needs help sorting out who is entitled to inherit her estate.
Pat quickly discovers the dead woman’s past is as complicated as her estate. And when an autopsy indicates she had two deadly toxins in her body when she died, Pat’s new case becomes not only complicated, but dangerous. 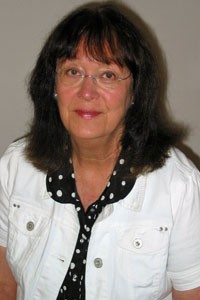 Nancy Lynn Jarvis left the real estate profession after she started having so much fun writing the Regan McHenry Real Estate Mysteries series that she let her license lapse. She’s enjoyed writing about Regan and her husband, Tom, but decided it was time to do a new series.
PIP Inc. introduces protagonist downsized law librarian and not-quite-licensed Private Investigator Pat Pirard. “The Funeral Murder” is the second book in the series.
After earning a BA in behavioral science from San Jose State University, Nancy worked in the advertising department of the San Jose Mercury News. A move to Santa Cruz meant a new job as a librarian and later a stint as the business manager for Shakespeare/Santa Cruz at UCSC.
Currently she’s enjoying being a member of Mystery Writers of America, Sisters in Crime, and Santa Cruz Women of Mystery.

I enjoyed this book. It was fun with enough twists and red herrings that it was enjoyable and left me guessing multiple times. The main character has skills and knowledge that easily and realistically allow her to investigate. It makes her nosing into things effortless. It isn’t one of those mysteries that the main character has no reason to be investigating, This makes me happy. The only thing I struggled with (and I find it irritates me in any murder mystery book so it is a personal issue and not the Author’s fault) I hate when, near the end, the main character thinks that they are invincible and don’t need any support nor protection aside from their own abilities. I don’t know why it drives me mental, but it does. However this irritation didn’t effect my ability to enjoy this book, it just made me roll my eyes and go right on enjoying the story.

I would recommend this book to anyone who enjoys a cozy murder mystery. It is clean, entertaining and well written. I look forward to reading more books from this Author, especially as this series develops.

The sound began softly, so distant and light that those waiting didn’t notice it at first, or if they did, they attributed it to a large truck or convoy of vehicles passing on the nearby freeway. But the sound grew louder and more insistent, demanding that it be noticed. It was uneven and buzzy―uncomfortable even―like a massive swarm of yellow-jackets furious that their nest had been disturbed. A minute later, black dots appeared on the horizon, grew larger, and closed over the broad parking lot and manicured lawn and gardens surrounding the church, heading toward the mourners.