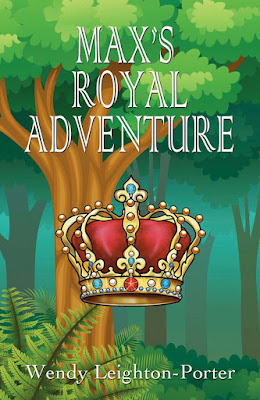 Book 16 of the Shadows from the Past is a solo adventure for the feline hero of the series, Max the talking Tonkinese cat. The story is set in 1651, during the English Civil War:

The rightful King of England is on the run. With a price on his head and in fear for his life, Charles Stuart is desperate to escape his pursuers, the Parliamentarians who executed his father. A rich reward has been offered for his capture and everyone is on the lookout for the young man. Nowhere is safe. How will he ever manage to flee the country without help?
Never fear – the Guardians of Time have a Special Agent lined up for the job … but he just so happens to be a cat!

TOP 10 FAVOURITE BOOKS (in no particular order)
1. The Wind in the Willows – Kenneth Grahame. This is my all-time favourite book from my childhood. Mr Toad was my hero!
2. The Jeeves and Wooster complete series – P. G. Wodehouse. The master  of comedy, Wodehouse’s lightness of touch appears effortless and these books are wonderfully funny. I love them so much that I even named one of my cats after the character of Bertie Wooster!
3. Pride and Prejudice – Jane Austen. As relevant today as it was when it was written, this has to be one of the greatest classics ever. Austen’s incisive observations and witty dialogue are timeless… and who wouldn’t love Mr Darcy?
4. The Silver Pigs – Lindsey Davies. The first book in an entertaining detective series set in Ancient Rome, featuring the amiable private investigator Marcus Didius Falco. This was my favourite in the series.
5. The Daughter of Time – Josephine Tey. I first read this as a teenager and it remains one of my favourite mystery stories of all time. It also introduced me to the story of Richard III and the fate of the princes in the Tower – the subject of one of my own books, The Shadow of the Two Princes.
6. Harry Potter and the Philosopher’s Stone – J. K. Rowling. I remember when this book first came out – there was so much marketing and hype before it even appeared in the shops that I was intrigued to find out what all the fuss was about. I was bowled over by the great story, but also because all the little details are so clever.
7. The Winter King – Thomas Penn. A non-fiction masterpiece that is a must for all history buffs, this account of the reign of King Henry VII won the accolade of History Book of the Year when it was published. I love this author’s work. Thomas Penn presents history in such an engaging way that I find his books difficult to put down.
8. The Brothers York – Thomas Penn. By the same author as above, this compelling historical documentary recounts the lives of King Edward IV, the Duke of Clarence and the infamous Richard III, three brothers of the House of York, one of the two rival factions during the Wars of the Roses.
9. Sovereign – C. J. Sansom. I have read all of C. J. Sansom’s historical novels featuring the sleuthing lawyer, Matthew Shardlake. This book is the third in the series, but it was the first one I read and maybe that’s why it remains my favourite. Set during the reign of the notoriously cruel Henry VIII, the narrative is gripping but also terrifying – so much so that it actually gave me nightmares after reading it. However, the intelligent and compassionate humanity of the protagonist lifts the story out of the mire of Tudor brutality. Being a fast reader, I love novels that I can lose myself in for a long time and, at 688 pages, this is a satisfyingly big, fat wedge of a book!
10. The Odyssey – Homer. From the father of Greek storytelling, this epic is the ultimate adventure –  even though the tale is thousands of years old, it remains fresh and exciting.