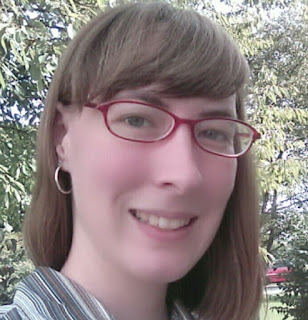 For as long as she can remember, Bethany Swafford has loved reading books. That love of words extended to writing as she grew older and when it became more difficult to find a 'clean' book, she determined to write her own. Among her favorite authors are Jane Austen, Sir Arthur Conan Doyle, and Georgette Heyer.

When she doesn't have pen to paper (or fingertips to laptop keyboard), she can generally be found with a book in hand. 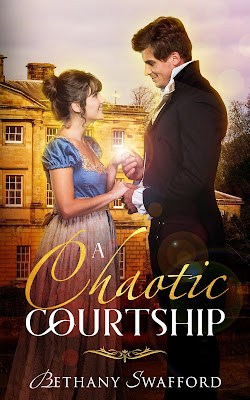 Twenty-year-old Diana Forester, a country-bred young woman, fears that her inexperience and uncertainties have discouraged the charming Mr. John Richfield.

On arriving back home from London, she learns that he has already arrived, ready to continue their acquaintance and explore whether they are suited for each other.

If Diana thought that deciding her future marriage mate was difficult in London, courting takes on a whole new aspect when Diana's younger siblings become involved. She finds herself dealing with her own feelings, her sister, her younger brother, jealous members of a house party, a jilted suitor, and a highwayman as she falls in love with the charming Mr. Richfield.

Mother sat alone in the sitting room when I entered. “Come have a seat, Diana,” she said, gesturing to the space on the settee next to her. “Your aunt hinted you had something you wanted to share with me.”
“Yes, I do.” I crossed the room. The entire trip from London I had spent thinking of the best way to approach this subject. All of my planning vanished the closer I got to my mother. By the time I sat down, my hands were damp with moisture. “You recall I met a Mr. Richfield in London, shortly after I first arrived?”
“Yes, you mentioned him several times in your letters.”
Her tone was matter-of-fact, giving absolutely nothing away, which I should have expected. Mother was an expert at keeping her thoughts to herself. “Well—” I hesitated as I sought the right words. I rubbed my palms against my skirt. “At Aunt Forester’s last dinner party, Mr. Richfield asked for my permission to come speak to father.”
For a moment, there was silence. “What was your answer?” Mother asked, as calm as ever.
I bit my lip and found I could no longer meet her gaze. “I fear I may have spoken without thinking.” Back when I had said the words, I had been surprised. Now though, I realized just how mistaken I had been. “I said it’s always pleasant to have someone new visit.”
“I see. Do you like him?”
Ah, there was the question. “I think so.” I took a deep breath and let it out slowly. “He is respectable, at least as far as Uncle Forester could discover. No one ever had a word to say against him. I think he is a good man.”
“And yet, you don’t seem enthusiastic about marrying him.”
“I have only known him for a few weeks.” It felt good to be able to talk this out with my mother, now the awkwardness of saying the words had passed. If anyone could help me untangle my feelings, it was her. “Is that enough time to know a person? You knew Papa your whole life before he proposed.”
Mother’s hand came over mine. “Diana, look at me.” I lifted my eyes to hers. “You are the only one who can make this decision. It is your right to refuse an offer you find distasteful. However, you need to understand it is not likely you will have the opportunity to travel again and meet other people.”
“I don’t find the offer distasteful. I don’t think I know him well enough to accept his hand in marriage.” I sighed. “I wish I had had the time to know more about him.”
“Perhaps you will.”
I shook my head. That seemed an impossibility. “Mama, the look on his face when I pretended I didn’t understand. I acted as if I were a senseless, empty-headed child! What kind of man would pursue me in the face of that?”
“A man who would be understanding. Someone who would realize your shy nature.”
Pulling my hand away, I reached to pour myself some much-needed tea. “There are other, much prettier girls with better dowries than I,” I remarked, adding just the right amount of cream and sugar. “I doubt I will ever see him again.”
Of that, I was quite certain. I had spent hours considering what a mess I had made of the situation. Why would he chase after me when Miss Reynolds was on hand to charm and flirt with him? I sipped my tea as I watched my mother’s face. Her smile was one I couldn’t quite understand. Why did she look so amused?