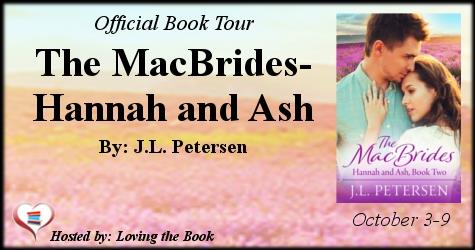 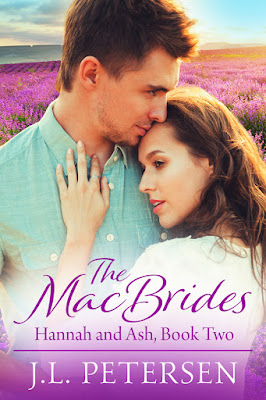 Hannah was proud to be part of the MacBride clan. She loved her family, their land and her lavender.

When she found a love she'd wished for all her life on a trip to Paris she thought she had it all. But hidden circumstances separated them leaving her back home with an unexpected reminder of her brief love affair.

When Ash shows up on their ranch she is torn between wanting to share all her joy with him and afraid to trust him to love her, not just their child.

Excerpt #2
Running his hands through his hair, spiking the short strands he turned to his friend. “Tell me something, Doug. What can you tell me about the MacBrides and Hannah?”
“Well, I’m not well or intimately acquainted.” He held up his hands to stop Ash from interrupting him. “But, what I have learned, and have confirmed through observation, is that they’re a closely-knit family. I’m sure they have their problems, but they appear to hold together. They take their responsibilities to the land seriously and all seem to be happy with their choices. Hannah seems to me to be a quiet one. But I’d say she’s as strong as her mother.”
Doug watched as Ash started to prowl again. “I suspect you’re really asking me something else. And if it has anything to do with your past relationships and women wanting you for your money or fame, my answer is simple. You’re being an ass about this. First, she didn’t know anything about that part of you in Paris. Second, you’re the one who’s been tearing his hair out to find her, not the other way around. And if you’re worried about that now, the MacBride’s aren’t exactly paupers. All I see is a lovely young woman.
Ash stopped his pacing and swung around to confront his friend, but Doug’s steady stare held him in check. Gradually, he felt the tension ease from his body. Walking over to a chair, he flopped into it. Putting his elbows on his knees he dropped in head into his hands. “I hope you’re right, but I lost my ability to think the minute she said she was pregnant.”
“I can understand that. But if you reflect about the other women in your life and then compare them to Hannah, what do you see? Would you have worn yourself out trying to find those other women?”
Ash kept his head in his hands. When he raised his head, his eyes looked haunted. “She’s like no one else. I want to believe in her… in us.”
“Seems to me you’ve only have two choices here. Work it out with her or walk away. I suspect Hannah has already made her choice and I’d bet money you’re on the losing end of that one.”
“I don’t know what to think. Maybe if I hang around long enough I’ll get the proof I need that’s she’s the woman I thought she was.”
Doug almost fell out of his chair at that statement. “You want her to prove herself to you?”
“Is that a trick question? Why wouldn’t I hold back from any commitment until I knew for sure she wants a relationship with me for the right reasons?” Ash asked seriously.
“Dude, I’m so glad I’m not in your shoes right now. Besides, who says she’s wanting to be in any type of relationship with you at this point?”
Ash’s head snapped up. His eyes cold and hard. “Dude,” he muttered back, “if that’s my child we will have a relationship regardless of what she wants. I won’t abandon any child of mine.”
Doug rose and slapped Ash on the shoulder as he walked by. “All I can say is good luck with that line of thought. I’ve got errands to run. Catch you later.” 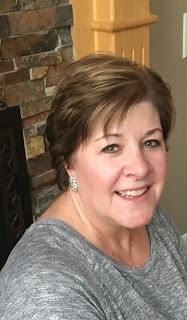 J.L. Petersen lives in Denver with her husband.

She finds inspiration in her adopted state of Colorado and her belief love is the most powerful, positive emotion we can experience.