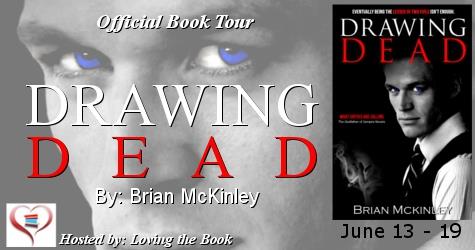 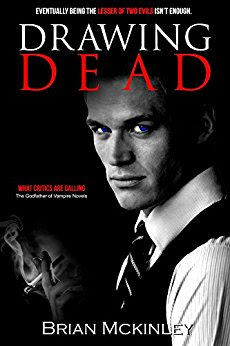 Faolan O'Connor spent his life killing for men like Legs Diamond and Lucky Luciano, and now it’s his turn to face the music. But when vampire Darcy Killian offers him immortality, Faolan enters a world of violence, wealth, and power beyond anything he’s ever imagined.


Driven by ambition and guilt, Faolan fights his way up the ranks in a battle to justify his sins with success. He s learned the hard way that relationships are vulnerabilities and friends are just enemies in disguise, but he also knows that he can’t conquer a city alone.

Aided by an emotionally-crippled genius and a warm-hearted call girl, Faolan builds a loyal crew with which to challenge the tyrannical Killian s rule. However, will this re-awakened humanity prove a fatal flaw or his ace in the hole? With his life and the future of the city he loves at stake, can Faolan play his cards right or is he drawing dead? 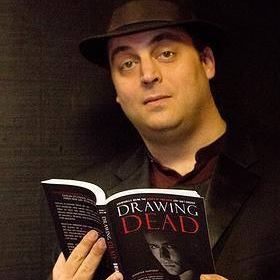 Brian McKinley doesn’t really exist. He’s a constructed mortal identity used by a relatively young Vampyr in order to publish the truth about The Order. Due to the world-wide influence of The Order and its minions, these accounts must all be published as fiction. Sometimes the names and sequence of events have been changed to protect the innocent, the guilty, and to keep from getting sued.

Brian is no longer a typical Vampyr and, for this reason, lives in hiding and writes from a secret location. The real “Brian” lives a life of danger and excitement; he loves Star Trek, Game of Thrones, and Boardwalk Empire as much as he loves Chicken Fried Steak. He’s a reader, a role-player, and a dreamer who doesn’t believe that “liberal” is a dirty word. He’s lived many lifetimes and is eager to share as many of them as possible with his readers.

Drawing Dead follows Faolan O'Conner and his rise through the ranks of the vampire underworld of 1920's New York. The story is very much a 1920's gangster noir mixed with vampires and it sounded really like the basis of a really good book, and it is, if you can stomach it. However, I was not prepared for the amount of violence and language involved and these two factors almost made this book a DNF.

Why can I give this 4 stars when I almost didn't finish it? Because the story is actually a great story. The Characters are very complex and the book is, for the most part, well written. The few things I struggled with; following the flashbacks in the first 20 or so pages proved a bit difficult, and there were a handful of places where the phrasing made it sound like screen direction instead of narrative. I think if the story hadn't been so gruesome I would have enjoyed it and looked forward to the next books in the series. This is why I am giving it 4 stars. Not because it appealed to me directly but because it is written well enough that those who enjoy the dark nature of the book will love this book.

So as you can tell there are a load of warnings I need to include in this review.
Language: the F-word is used so liberally that it is difficult to find a sentence of dialogue without it. During the times of duress it appears even more often.
Violence: This is about vampires and gangsters and it goes into quite a bit of detail. There is blood, gore and it does get a bit graphic. There are a handful of times that children are killed but only once does it happen "on screen" the other times it happens "off screen" and it does it's job of letting you know just how bad the "bad guys" are.
Sex: This is one aspect that the Author doesn't go into too much detail, however, there is a Trigger warning (a prostitute is forced into a sexual act she doesn't want to do) But otherwise, compared to the rest of the book, it is tame.

To summarize: This book has loads of language, gore, and violence. But if you enjoy that, or it doesn't bother you much, then you will really enjoy this book.