Today we welcome a New author (New to us anyway) and we are so pleased to share her new release BOILING POINT!
Come follow along and join the fun! 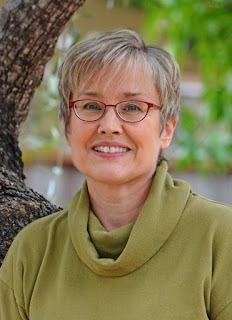 I write romance because that's what I like to read. The world provides more than enough drama and tragedy. I want to give my readers the happily-ever-after we all crave.


I haven't always been a writer, but I have always embraced creativity and relished new experiences. By the time I was twenty-one I had traveled the world from Tunisia to Japan. Little did I suspect I was collecting material for future characters and stories along the way.
I've been married to my personal hero for more than thirty years. After decades of living in the Midwest, we heeded the siren call of sun and sea and moved to the most breathtakingly beautiful place imaginable - the gorgeous central coast of California. I look forward to the new stories this place inspires. 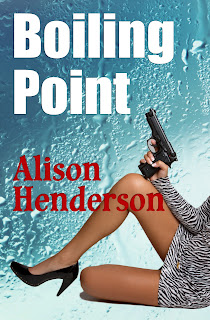 Zoe Hargrove’s first solo assignment as a bodyguard is off to a rocky start. On the way to her client’s lakeside estate, a pair of kamikaze bikers nearly runs her off the road. Upon arrival, she learns she’s expected to work undercover as a personal chef—a potential disaster since she can barely burn water—while secretly protecting the client’s pregnant wife from a potential assailant. To top things off, her culinary assistant will be the client’s latest invention—a robotic sous chef named GRAMPA. And if that isn’t enough, the couple’s dangerously handsome chauffeur, who looks more like a prize fighter than a car jockey, glowers at her as if she’s about to steal the silver. Zoe soon suspects he’s hiding secrets of his own, but can she uncover them in time to stop the escaped criminal who threatens them all?

Nick hesitated, as if weighing what she’d told him, then dropped his hands. "I should go."
She knew then she didn’t want him to leave. He was so big and solid. So safe. "No, stay."
"Are you sure?"
She nodded and reached for his hands, placing them on her waist.
His touch remained light, almost reluctant. "I guess we could go into the living room and watch TV if you want."
"I don’t want to watch TV." She leaned forward and lifted her face.
"No?"
"No."
His hands slid behind her back and pulled her against his chest as his mouth descended. Gone was the tentative, gentle lover who’d touched her cheek so softly only moments before. In his place was a powerful, hungry man, eager to taste all she was willing to give.
Zoë could do little more than hold on while his lips forged a hot trail down the side of her face, past her ear, and along her jaw before settling firmly on her mouth. Her brain switched to auto-pilot, and sensation took over. Like a match to kindling, tiny flames of desire spread until they threatened to envelop her. After a few minutes—or hours—Nick ended the kiss with a series of seductive little nips that did nothing to cool her off.
If that was a pre-date kiss, she might incinerate if they ever went on an official date.
When he loosened his grip, she eased back until she could see his face. A pair of deep lines creased his brow and disappeared beneath his bandage. He looked worried. Or angry. Not exactly the reaction a woman wanted from a man who had just singed every nerve ending in her body.
She crossed her arms in front of her chest, putting a few more inches between them. "Don’t tell me how we’re not going to do this again. That line’s getting old."
He pulled her back into his arms and dropped a quick kiss on her forehead. "I wasn’t going to. I was going to say we’d better wrap this case up fast, because I don’t know how I’m going to survive until we do."
"Good." Her voice was muffled against his chest.
His laugh rumbled in her ear. "You want to see me suffer?"
"Yes."