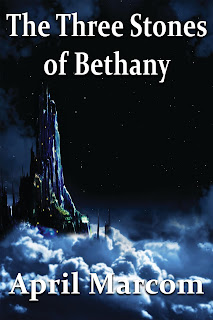 The kingdom of Bethany was once a beautiful place made up of five magical nations, each with their own special gifts. It all changed in a day, however, when the murderous dredgelings arrived. No one quite knows where they came from or how they keep multiplying, no matter how many are killed in the long, cruel war they’ve waged.
All seems to be lost, until a human girl named Taylor is mistakenly transported to Bethany. Kane, the king over these nations, despises her whole-heartedly at first, and then she makes him laugh for the first time since the devastation began years ago. And the earthling manages to find new ways to surprise him with her valor and loyalty every single day. Unfortunately, Taylor’s only wish through their dangerous quest to reunite three magical stones and save the kingdom, aside from surviving this fearful place, is to return home.
But as fate goes, she soon discovers the only way to recapture the stones and save the lives of the royals she’s come to love as her first real family is to give up any hope of ever returning to her old life. In the end it all comes down to what sort of hero she truly is, one to her own self, or one to entire nations. 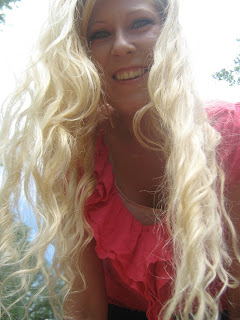 April Marcom is a Pre-K teacher's assistant and mother of three. Her greatest passion, second only to her family and faith, is writing romance. Like the characters in her stories, there's nothing more important to her than the people she loves.
April has enjoyed writing fiction since grade school, but only began pursuing publication in recent years. She is the author of such books as Good vs. Evil High and Wisteria and the Pirate Assassin. Besides writing, she loves baking, hiking, watching old movies, and dreaming of faraway places.

I really enjoy stories where a modern person is sent either; back in time, or to another dimension that is almost the same as going back in time. So this book was exactly the type of read I enjoy, and I really did enjoy it! The transition from Taylors world to Bethany was well done and kick-started the adventure immediately. I enjoyed the characters, and their interaction together. Plus the world of Bethany was well thought out and the unique elements to the world were ingrained into the story so you never felt that something was invented just for the sake of inventing it.
Overall I really enjoyed this story. The only thing I struggled with was the fact that when Taylor was asked if she wanted to go home, if a way to send her home came available, Taylor always said she could not live without modern conveniences. However during the rest of the story she never bemoans the lack of a mobile phone or Sat Nav, despite the fact they would have been lifesavers, or any of the modern conveniences like a hot shower, that she says she cannot live without. So it almost feels like she doesn’t really care about those things and is just looking for any excuse to leave. But that was a minor irritation in an overall fantastic story.
I would recommend this book to anyone who enjoys YA, fantasy, action/adventure, or anyone who wants a good clean love story. This book hits the mark for any of those genres.

Character Casting:
Taylor (story’s heroine): Seventeen years old, Long brown hair with red streaks dyed into it, Blue eyes, Rebellious earthling teenager transported to the magical kingdom of Bethany, Fiercely loyal to her friends-which brings out a heroic side of her she was completely unaware of, Poses as a Coral nation maiden while in Bethany-this nation is made of carefree people living by the seaside-their nation is represented by bright orange colors streaked into their hair and always adorning their clothes.
(The following characters all have pointed elfish ears, as everyone in Bethany does.)

Kane (story’s hero): King of Bethany, Twenty years old-joined the war at only fifteen, Blondish brown hair falling just past his ears, Piercing green eyes, Dressed and built like a warrior-largest and strongest of the main characters, Serious, Hardened by the war, Before the dredgelings emerged and started attacking he was playful and always smiling-Taylor manages to begin to draw a bit of that young man back to the surface.

Joy: Kane’s sister, Nineteen years old, Beautiful with a high waist-length ponytail and long bangs, Dark hair, Green eyes, Has the stance and walk of a soldier, The bow and arrows strapped to her back and sword hanging at her side make Taylor think assassin, Fights as well in the war as any man, She’s also super fun; she becomes Taylor’s best friend and vice-versa.

Holt: Kane & Joy’s younger brother, Eighteen years old, Tall & strong like Kane, Brown hair with two small braids in the front, Green eyes, Loves to joke around and have fun with his best friend Tor, Terrified of magic, Possesses a great deal of strength and heroics-but seems a little on the sissyish side to Taylor.

Tor: Black hair with blue streaks pulled back in a ponytail, Member of Celestial nation-a nation of light and the most powerful magic where everyone wears blue and dyes blue streaks into their hair, Powerfully built-but not quite as tall as the two other men, His skin seems tight against his high cheekbones-reminding Taylor of a skeleton, Holt’s best friend, Close enough to Kane, Joy, and Holt to feel like their brother.