Book 1
If Wishes Were Horses... 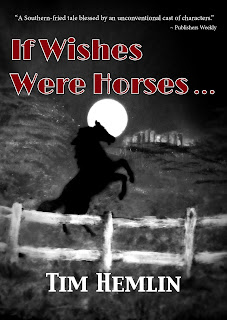 " Neil Marshall is a graduate student in the University of Houston’s creative writing program and a promising young poet. However, facing a financially and emotionally draining divorce has him worried about more than paying tuition. So to make ends meet, Neil moonlights as a chef for a high society caterer.  Just when Neil’s life seems bleakest, his oldest friend, racehorse breeder Jason Keys, is murdered. And Neil becomes the prime suspect.  To avenge his friend, clear his name, and rescue a missing championship thoroughbred, Neil infiltrates the dark underworld of horse theft and illegal breeding. Neil’s friends—his attractive writing teacher, his cooking colleagues, and a freckle-faced teenage horsewoman—offer their support. But their cheers quickly turn to gasps when Neil becomes the hunted."

Book 2
A Whisper Of Rage 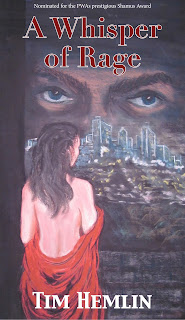 "Graduate student and part-time chef Neil Marshall only wants to go for an early morning run.  Instead he witnesses the near-fatal shooting of legendary Houston private eye C.J. McDaniels, and he fears the gunmen can identify them. Before long, Neil finds himself in the eye of a hurricane, his quiet academic life ripped apart as he rides a swath of violence that cuts across a mansion in River Oaks to an eerily silent suburban home, from a secret hospital room to the bed of a fascinating woman.  In Houston's sultry summer heat a deep-rooted rage is building from a whisper to a roar." 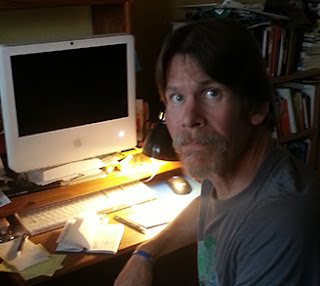 Tim Hemlin is a graduate of the University of New Hampshire, having studied with poets Charles Simic and Mekeel McBride.  He has published in poetry journals, anthologies, and magazines--most notably in Ellery Queen.  Currently he has six published novels, two short stories and is included in an anthology.

By day he is an educator; however after teaching ELA for 22 years he decided to put his master's degree to work and is now a high school counselor.  In addition, he is an avid marathoner, fly-fisherman, and outdoorsman.  He lives just outside Houston, Texas with his wife Valerie, two dogs and a cantankerous cat.

4.5  Out of 5 Stars
If wishes were horses… starts as Neil Marshal walked out of his disastrous marriage and goes to a friend’s looking for a place to stay until he can get a place of his own. The beginning, while well written, is a bit slow. However, it puts everything into place to flesh out the whole story. Like any good mystery this book has a slew of characters/ suspects. It took a bit of sorting out on who was who, but Tim Hemlin gives them their own characteristics and personality that helps you get a full picture of who each person is relatively quickly.
While reading I noticed that all of my favourite mystery writers are women. So it was quite different and refreshing to reading a man’s perspective actually written by a man. I also found a new appreciation for all our modern technology!
Overall I enjoyed this book and look forward to reading his next book.

The Whisper of Rage starts off with a bang, literally. It gets you hooked immediately then starts filling in with new characters and necessary background information. I liked the new characters and think it would be totally possible to have a whole series using the PI as the main character. Maybe there already is, I will have to look into this.
Tim Hemlin’s writing is smoother in this book. He also does well keeping the characters who continued on from the last book with their same personalities.  However, Neil feels less broken in this book. In the last book he felt like he was almost being acted upon whereas this book it feels like he is making his own choices. It works really well to develop his character and show his growth as a person. I enjoy when a character can develop throughout a series and this is done very subtly.
There is mild language and a bit of sex behind the sceans but on a whole it is quite clean. I would recommend this series to anyone who enjoys a good Murder Mystery.

Snippets:
If wishes were horses…
Nothing in my twenty-eight years could’ve prepared me for the scream that awaited me inside. Bloodcurdling, the howl lifted every hair on my neck to attention, siphoned ten years off my life, and threatened to claim my first child before I’d even found someone to conceive him with. Fajitas hit the floor, fists shot up, and instinctively I crouched, looking for the source of Satan’s cry. ~ Neil Marshall


The Whisper of Rage
I did the only thing I could think of: I ran after him myself. Questions came to me. Why weren’t there any uniformed cops here as backup? Did those two old men leaden with fat and iron think the capture was going to be this easy?
I knew the area and took off down Service Street, hooked a right at the cash-and-carry place. Linda had taken the direct path, but for a big guy Ramirez was fast, too fast for her to come close.
I expected to hear gunshots. There were none. All of them were out of sight. I was running parallel to Airline Drive, thinking that old José would duck into one of the neighborhoods, when I asked myself what I was going to do if I did catch up to him. I was fast, had great stamina, and was totally unarmed. Great, I thought, and slowed. I pictured the headlines: IDIOT JOGGER SLAIN WHILE CHASING EX-CON—OUTRAN COPS AND INVESTIGATORS TO BE THERE FIRST—NEVER SUSPECTED PROTECTION WAS AN ISSUE. The son of a bitch tried to kill me once. What better to do than give him a second chance? –Neil Marshall