Lisa Swinton caught the romance bug early by way of fairy tales and hasn't been able to cure it since. Consequently, she feeds her addiction with romance novels and films. In between being a doctor's wife and mother of two, she puts her B.A. in Musical Theater to good use via community theater and church choir.

In her elusive spare time she enjoys researching her family tree, painting her house, and baking, especially with chocolate. She loves traveling, reading Jane Austen, and all things Italian. In her next life, she plans to be a professional organizer. 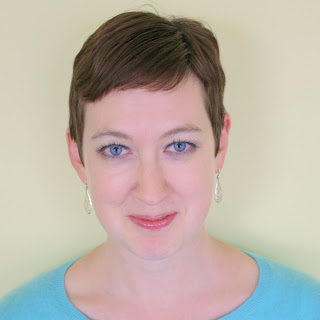 Can you ever out run a broken heart? 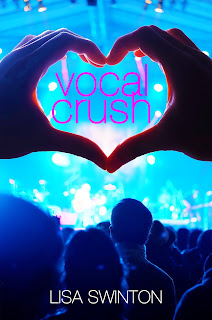 When she accepted a position as a high school drama teacher in Las Vegas, Lexi hoped to get over Nick, find a nice guy, and settle down. But what should be a quiet summer gets turned upside down when Lexi's best friend, Taffy, drafts her to be an emergency replacement coach on a televised vocal competition.

Feeling out of her league among the other three celebrity coaches, Lexi fights for the most promising contestants to be on her team. One note from a single voice shatters her summer. Nick unexpectedly auditions and joins Lexi's team. With her vocal crush on him raging as strong as ever, she has nowhere to run from Nick’s dreamy looks or siren voice.

Lexi has no doubt that Nick can win the competition. The question is does he want to win her heart as well or will he damage it beyond repair?

Grab your copy of this great book on Lisa's Amazon page:
http://www.amazon.com/-/e/B00HXNXDCO

Ready for a Snippet!?!
The lights dimmed, the singer hit the first note, and Lexi’s hand slammed down on her button. With that voice on her team she could win the show, no question. But wait, she knew that voice. Dread gripped her like a vice. She felt as if a hundred buckets of ice cold water had been dumped over her head as her chair spun around. She closed her eyes. She didn’t need to see the figure on stage. His voice and face had haunted her for the past seven years.
The chair stopped. She heard the smallest of all hitches in his breath and knew he’d recognized her. She heard the other coaches’ buttons slam down one right after the other, and the audience gave a huge cheer. She suspected the three men beside her knew the guy on stage could win it all and she’d have to fight for him. Except, it wouldn’t be a fight. He’d pick her. She knew it.
She wished she’d never hit her button, never agreed to the show, and never heard his voice now or all those years ago. But most of all, she wished she wouldn’t have to face him, look into those crystal blue eyes, and hear that voice for the next two months. Two months of sheer torture loomed before her.
All of this zipped through her brain like lightning before she remembered she was on camera and how odd she must look sitting there with her eyes closed. She took a deep breath, pasted on her face what she hoped was a happy smile, and opened her eyes.
There he was, larger than life, singing away on the stage, his blond hair gleaming under the stage lights. Her vocal crush.

And make sure you check out all the great blogs in this event: