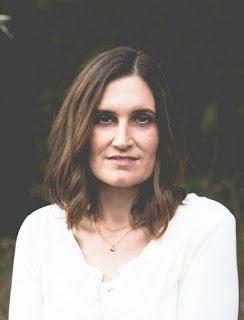 Kristin J. Dawson is a non-recovering chocolate and romantic English movie addict who loves to read science fiction and fantasy. You can find her most often indulging her favorite things at 2 am -- night owls unite!

Kristin writes high fantasy with political intrigue, a bit of romance, and of course, magic. When she's not writing, toting her kids around to sports practices, or cleaning out the chicken coop, she's probably trying to talk her friends into more shenanigans.

An oath betrayed. A centuries-long curse.
A kingdom teetering on the edge of destruction. 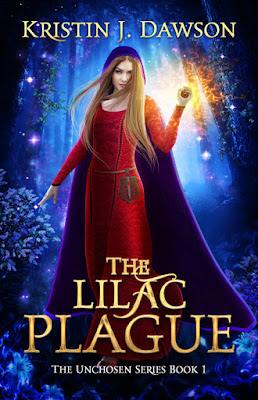 In a world of magic, Nicoleta is unremarkable, except for her cursed, stuttering tongue. No special powers, no renowned apprenticeship, just the terrible, stammering aftereffects of the Lilac Plague.

Until she opens the ghostly blue vision from her mother.

Instead of words of endearment, the vision reveals that Nicoleta’s mother was a Guardian entrusted with a magical key — a key so powerful that those who rule will do anything to find it.

The burden of protecting the key now falls to Nicoleta. In a race against the crown, she must find the treasure and the true heir, the only one who can stop the curse from being fulfilled. Impossible? Almost certainly. One false step spells disaster. But Nicoleta is no fool. Where those before her died trying, Nicoleta forges a new path, relying on her wits and some unlikely allies.

Do you dare face the Lilac Plague? This coming of age, young adult fantasy adventure with mysterious magic, evil emperors, and a thread of romance will leave you amazed and clamoring for the next book."

1.Why do you choose to write romance? Do you write any other genres?
I write fantasy romance, with an emphasis on fantasy. The romance is a subplot in my book. I love writing fantastical worlds, magic systems, and creating nuanced characters. I also write science fiction, but usually in short story form.

2.How long does it take you to write a book, typically?  It takes me about 18 months from start to finish to write a book. The writing of the story doesn't take very long. For me, it's the editing process - that's the lion's share of the book creation time.

3.Since a lot of romance books show both male and female perspectives, share with us the most difficult thing about writing the perspective of the opposite gender? In my critique group, I've had several male counterparts. The one thing that still sticks with me, that makes me laugh, is how emphatic they were that a male character would NOT notice a woman's eye color. They were in 100% agreement on this. To this day, I still think a man should notice a woman's eye color! haha!

4.What would you say is your interesting writing quirk? I often write with a bag of peanut butter m&m's next to my desk when I'm editing. Doing edits on a massive, epic novel series is hard work. So I tell myself... I'm earning this! ;)

5.Tell us a bit about a future project you are working on? Do you have any little sneak peeks you can share? I'm working on the third book in The Unchosen Trilogy right now. Afterward, I have three other projects in the pipeline. I am trying not to focus on any of them until I have this current series wrapped up. The story has taken me many years to put together, so it deserves all my focus until the end. All I can say is that all three of them have fairies in them. One of them is a middle-grade series (with no romance), but the other two are young adult with romantic subplots!

6.What is the most romantic date you have ever been on? Or, what is your idea of the perfect Valentine Date? The most romantic date I've ever been on was actually one of the most clever I've ever been on. My date took me on a little hike, and at the end was a candlelight dinner and Chinese food set out. I was like, "Oh my gosh, someone is having a date here. We are totally in their space. We should go!" He grinned, and it dawned on me that it was for us. I'm very low-key, so expensive gifts, or grand gestures aren't for me. He had just the perfect mix of chill-fun-attitude and thoughtfulness!