Hunt Of The Fallen Review 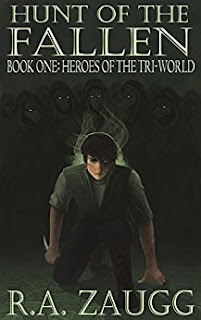 Ralin is an outsider among outsiders. The dominant Users, who can manipulate their souls to create unique and powerful abilities, shun him for his lack of inborn talent. And even among his fellow exiles, he must hide his past. On the very day that he finds a lasting purpose for his life, everything is turned completely upside down.

Wanted by the government, pursued by monsters and mercenaries, and plagued by strange nightmares, the young man must travel beyond everything he has ever known to discover what is so important about him to cause such powerful people want him as an ally, or want him dead. To survive, Ralin and his allies will be pushed to the limit as they battle rock monsters, traitors, the undead, and even Ralin himself. 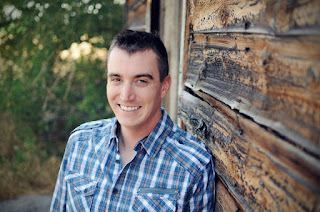 R.A. Zaugg (1982-still kicking) was born in Ogden, Utah, to long-time Utahan parents as the first of their brood. His childhood was filled with fun, friends, and family values that have made him who he is today. His first novel "Hunt of the Fallen" began on sticky notes as he worked in a gas station, and was the spark that lit the fire of storytelling. With a bachelor's degree in Creative Writing, he is now working on his master's degree. He currently lives in Washington State with his wife and step-son.

Starting off this book I must admit was a bit slow, but that is understandable as it has to lay the groundwork for such a solid story to stand on. But even so it took me a bit to get into it. However once the basic premise was laid I found myself being absorbed by the story.

The world created by Author R.A. Zaugg is complex and thorough. It was constant throughout and managed to not get too bogged down in descriptions. The story was enjoyable and flowed well. Overall I really enjoyed this book. It is also clean so, while it is written for a slightly older audience, I would not hesitate to recommend it to both adults and youth who enjoy more complex story lines.