The Faith of a Wife Book Tour 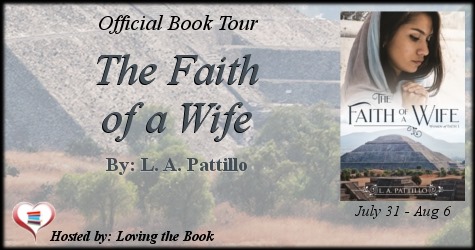 Can they survive the refiner's fire? 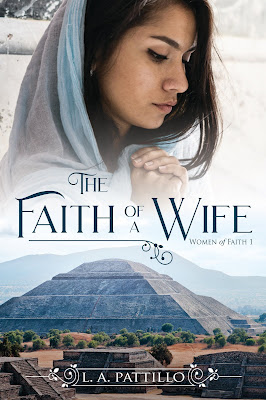 It is 85 B.C. in the Ancient Americas, and against all odds, Amulek and Tabitha’s arranged marriage has turned into one based on love. Their little family is thriving and life seems to be better than they could have ever hoped for.

Despite her blessed and luxurious lifestyle, Tabitha feels as if something is missing. A part of her yearns for something she cannot see, something to fill the hole inside of her heart. However, no matter where she turns, she cannot find the cure, until she becomes intrigued by a man preaching of God in the town square.

Amulek’s status as a respected and wealthy man in the city of Ammonihah seems to grow by the day. His farm is flourishing and his family is healthy and happy. Everything he ever wanted is in his hands. But when the Lord he has ignored for years, tells Amulek he is not only to house a chosen prophet of God, but travel with him to preach repentance to the people, Amulek’s idyllic life is thrown into turmoil.

No matter his previous status among his peers, Amulek’s change of heart brings his entire family into danger. Before they are ready, their new found faith is thrown directly into the refiner’s fire. It seems as if they will lose everything if they stand firm in their beliefs and follow the plan God has for them. Is what they will gain worth the cost?

“The Faith of a Wife” is a Christian Historical Fiction Romance. Each book is a stand alone story and can be read in any order. 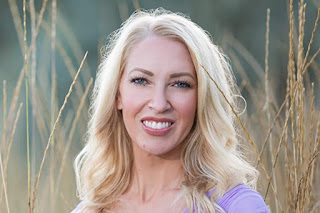 L.A. Pattillo is the mother of 5 busy children and wife to 1 fantastic husband by day and avid reader and writer by night. She loves her father in heaven and is active in her church. She graduated from BYU with a degree in Creative Writing and now resides with her family in the Pacific Northwest.

1. I grew up on a farm.
2. Before I turned to English, I studied Opera in college and still sing
professionally part time.
3. I have an unhealthy obsession with good kissing scenes in books.
4. I prefer the beach over the mountains. (As long as it is warm!!!)
5. I want to travel the world someday.
6. I have identical twin daughters.
7. I am 5+ inches taller than every other female in my family, only an inch
shorter than my dad.
8. I run with a friend several mornings a week, but I&#39;m pretty darn slow.
9. I drove my first tractor when I was 7.
10. I can&#39;t stand watching romances on TV, because I get embarrassed for the
characters when they do something stupid, but reading about them is just fine.

Snippet From the Book:

“Friends,” Giddonah said clearly. “I fear there has been a misunderstanding.
Out of the goodness of our hearts, we allowed a man into our home several
weeks ago. This man taught my family many things and unfortunately, his
charming and charismatic ways caught the attention of many of my kin.”

Amulek jerked his head toward Alma. “Alma… Brother…” he breathed.

“All is well,” Alma whispered reassuringly. “Fear not, Amulek. It will be
as it should.”

Grateful that Alma was not taking Giddonah’s words personally, Amulek
turned back to the discussion.

“My son was one of these. He has been caught up in the words of this
man, Alma, and has made the unfortunate decision to follow in his footsteps.”
Giddonah turned to look at his son. Pointing a shaking finger at him, Giddonah
stated. “His words do not reflect his father’s but of another man. We are not a
wicked people and our traditions are just.” He gulped and Amulek could see
tears form in Giddonah’s eyes. “Because of his new beliefs, I state here and
now that Amulek is no longer a son of mine. He has chosen his path.”