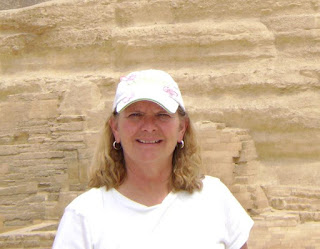 I am a retired high school English teacher. A devourer of books growing up, my profession introduced me to writings and authors from times long past. Through my studies and teaching, I fell in love with the Ancient and Medieval Worlds. Now, I hope to inspire young readers and those young-at-heart to read more through my Quest Books set in these worlds.

4. What is your largest unfulfilled dream, and what are you doing to reach it?

My life is pretty much a dream with a great hubby, super kids, and lovely grandkids. The only dream I’m working on now is to fulfill my bucket list. I'm knocking off another on that list this November when we travel to Iceland to see (we hope!) the Northern Lights. You can see my bucket list on Pinterest: https://www.pinterest.com/ccarpine/my-bucket-list-in-no-particular-order/

5. What is the hardest thing you've ever done?

Deciding to retire from teaching. In fact, I retired twice! I just loved being in the classroom with my high school students. It was fun watching them grow through the four years and come into their own as people. Working with kids is one of the most rewarding and toughest careers. 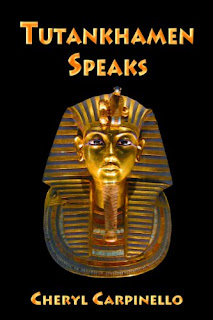 Long ago the old texts of ancient Egypt alluded to scrolls in which King Tut spoke to the people from beyond the tomb. Many archaeologists put this down to an incorrect translation of the ancient Egyptian texts. Others swore to the accuracy of the translation. But, Tutankhamen Speaks isn't a story about the lost scrolls. It's about the story written down on those ancient scrolls: Tutankhamen's story.

Reviews:
“A delightful way to bring history to children.”

“We are using this as resource for world cultures for home school.”

“What I liked about this book was that it gives a glimpse into the everyday life of Tut, before and after his rise to Pharaoh. It was like a fly on the wall peek at his life without it just being part of a much larger plot.”

“And what a tale it is! King Tut tells us his entire life story from when he was a boy and not yet acknowledged as heir to the throne of Egypt, through his father’s death and his own ascension to the throne; we learn of his love for Ankhesenpaaten, whom he married, the sadness they experienced at the loss of a child, and the politics and hierarchy of ancient Egypt with its court intrigue.”

My nursemaid was Maya, but it was my Grandmother Tiye that I remember the most. She doted on me when she visited and showered me with motherly love. She appointed herself and her brother Ay as my protectors, but Grandmother was away a lot. After my father became Pharaoh, she continued to oversee the military as she did for my grandfather Amenhotep III. When I was small, she cut off a lock of her reddish-gold hair and concealed it inside of four small nesting sarcophagus coffins.
“Tutankhaten,” she said. “In the innermost sarcophagus I have placed a lock of my hair which rests underneath a solid gold statue of you. Keep the coffins safe and hidden in your room. They will protect you when I am unable to.”


I thanked her and prized such a gift, not only for protection, but because my grandmother’s gift was wonderfully made. The outer sarcophagus was made of wood; the second of plaster covered with gold leaf; the third of wood which contained the solid gold statue of myself; the fourth again of plaster covered with gold leaf and containing my grandmother’s gift.