When I was about three, my mom said, “What do you want to be when you grow up?”  I think she was expecting me to say, “A mommy, like you.”  Instead, I popped off with, “I want to be a writer.” I can still remember her face.  She said, “Well, don’t you think you need to learn to read first?”
I didn’t think so. 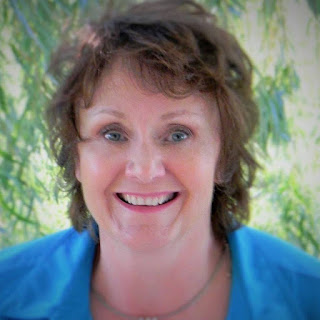 Terry Bohle Montague is a BYU graduate and a free-lance writer, having written for television, radio, newspaper, and magazines including The Ensign and Meridian Magazine.  She has also been published as the author of book length historical non-fiction and fiction.
Her non-fiction work includes the book, Mine Angels Round About, the story of the LDS West German Mission evacuation of 1939 which occurred only days before the Nazi invasion of Poland.
Her LDS fiction, Fireweed, is loosely based on her interviews with the evacuated West German missionaries and their families.
Terry studied with Dwight Swain and Jack Bickham, as well as David Farland. Her writing awards include those from LDS Storymakers, Idaho Writers’ League, and Romance Writers of America. 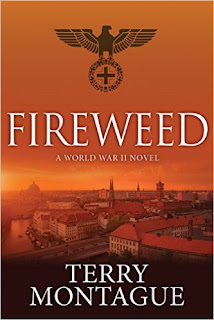 Lisel Spann has dreamed only of wonderful things in her future. Living with her father, sister, and brother in a cramped apartment in Berlin, the small family shares what seems to be an unbreakable spirit of love and security. However, with the rise of the Nazi party and approaching dark clouds of war, any kind of future grows increasingly uncertain. Knowing little of hate and destruction, Lisel is ill prepared as the storms of battle erupt in full fury and loved ones are taken from her as her beautiful city is reduced to rubble.

With fear and despair rising within, it is through her quiet, compassionate father that Lisel discovers faith and hope. Now, in a desperate journey to find her sister, Lisel and her neighbor flee Berlin and the advancing Russians for Frankfurt, a city under the protection of the Allies. But their flight to safety is filled with pain, hunger, and terror. However, with spiritual lessons and blessings from her father, the support of departed loved ones, and her tried but undying faith in a loving Heavenly Father, perhaps Lisel can emerge like the fireweed—rising strong and beautiful from scorched earth —transforming bitterness and despair into a charity that never faileth.

Pick up your copy today
www.amazon.com/Fireweed-Terry-Montague-ebook/dp/B013KWPB4O/

At the other corner, Frau Heidemann and Walter were collecting rubbish from the street.  Lisel’s heart warmed toward the pair, up so early, working so hard and with such haste. Walter turned toward her and raised his arm. Lisel waved back.  Her heart still felt light enough to float all the way to the apartment house. Nothing had changed at all.
Lisel was half down the block when she saw Papa come out the front door of the apartment house.  He looked the same as he always did with his good gray suit which was just a little baggy at the knees . . . his carefully knotted tie . . . his frequently blocked hat.  Tears made of gladness welled in Lisel’s eyes.
“Papa!” she called to him.  He always scolded Lisel for shouting in public, but today she did not care if he scolded her. She felt like shouting and singing and dancing in the street.  “Papa!” she cried again and hurried toward him.
He opened his arms to her. “Lisel! We were so worried. I was on my way to Wittenau to find you.”
“Oh Papa! I love you!” Lisel said and kissed his cheek.
Papa chuckled. “Yes, little one, you told me that yesterday.”
“But yesterday was so long ago and I was so frightened.”  Her voice squeaked a little on the words.  “I was so frightened that something had happened to you.
Papa patted her shoulder. “Nothing did happen to us and we should be grateful, Lisel. The Lord has blessed us with great bounty.”
Lisel put her hand through the crook of Papa’s elbow and they turned to go into the building.  Papa paused, frowning. “What are the Heidemann’s  doing out here in the street?”
“The British dropped leaflets last night,” Lisel explained. “The Heidemann’s were out here picking them up when I came.”
Papa bent and scooped up one of the pieces of paper.  He read, “The war which Hitler has started will only go on as long as Hitler does.”
Papa’s frown deepened.  “It seems the British have an odd idea about who has begun this war.” He looked at the Heidemann’s. “Perhaps we should help.”
Lisel glanced up and down the littered street. She felt weary to the very bone; but, at that moment, if her Papa has asked her to fly to the moon, she would have found a way. “We can use my bag,” she said.
“Herr Spann! Herr Spann!” Frau Heidemann rushed toward them. An anxious smile twitched at her lips. “What are you doing?”
Papa straightened with a handful of leaflets. Surprise lifted his gray brows. “We are helping to clear the street,” he replied.
Frau Heidemann stared at the paper in Papa’s hand and eyed Lisel’s bulging bag. “We need no help,” she insisted. “No help at all.  You must be exhausted. You should go lie down for a while. Walter and I will take care of the paper.”
Something in Frau Heidemann’s manner puzzled Lisel. “You’re being very helpful,” she said.  “But this is too much for you to do. Let me call the Wrobels to come and help us.  The Schmidt family from down the street has lots of children. If we ask them to help, this will be cleaned up in no time.”
Frau Heidemann’s pale eyes bulged.  “No! No! You cannot do that!” An inner conflict showed itself in her face. At last, she grimaced with resignation. “If you call them there will not be enough.”
“Enough?”  Papa questioned. “Enough what?”
“Enough paper,” Frau Heidemann hissed through her teeth and shook a fistful of leaflets in his face. “Have you see the price of toilet paper lately?  Why should I buy at such inflated prices when I can get this for free?”
Papa scowled with distaste at the leaflets in his hand. His lips twitched beneath his moustache. The color of indignation stole up his neck and face.
Lisel had to suck in her lips and bite down to keep from laughing. After seventeen years with Papa, she had learned there were times to laugh and times to be silent. This was time for silence.
Papa made a growling sound deep down in his throat and, for an instant, Lisel was sure he would throw down the paper in disgust. Instead, Papa stuffed it into his pockets.  He reached down for another handful. “Well, will you stand there with your mouth agape or will you help?”
“Papa, you do not actually mean you would . . .”
Papa jammed another handful of the leaflets into his jacket pocket. “Frau Heidemann is right. The price of toilet paper is too high!”

And catch all these great blogs