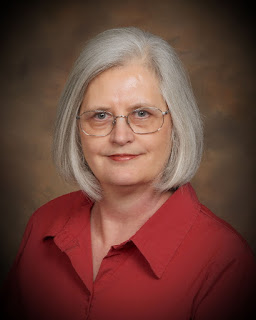 Angelique Conger discovered the wonders of writing books later in her life. Books, however, have always been important to her. As a little girl in a small town, she was given her own library card at the tender age of five, highly unusual in those days.
Angelique reads a book, or three at once, much of the time. She reads most genres of books and until recently only toyed with writing them. Since beginning, she has spent many hours each day learning the craft of writing and editing.
Many would consider Angelique Conger's books Christian focused, and they are because they focus on early events in the Bible. She writes of a people’s beliefs in Jehovah. However, though she’s read in much of the Bible and searched for more about these stories, there isn’t much there. Her imagination fills in the missing information, which is most of it.
Angelique lives in Southern Nevada with her husband, turtles, and Lovebird. She enjoys visits with her grandchildren -- and their parents.

A string of beads …
… and a forbidden book. 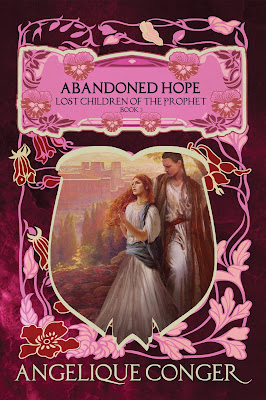 Daphne’s trading adventure with her papa into the dangerous city of Nod turned out better than she thought. She found the owner of the beads and a handsome man. Unexpected danger and loss make things difficult for her. When robbers try to force her to give up her secrets, she must make a choice.
Her father…
…or a new life?
Abandoned Hope is the third of the continuing saga of Lost Children of the Prophet. You’ll love this uplifting story of faith in difficult times.
Get it now.

10 Fun Facts About Angelique Conger
1.I allowed our sons to have iguanas, rats, turtles, and   for pets.
2.I’ve lived in Guam, Hawaii, Alaska, and on the Rock of Gibraltar.
3.I’m a mom and a grandmother.
4.I didn’t begin writing until the age of 60.
5.I watch chick flicks because my husband chooses them.
6. I broke my toe on New Year’s Eve. My podiatrist diagnosed me as a Klutz.
7.I taught school for 15 years. I still have a hard time keeping my mouth closed when other people’s children are doing inappropriate things.
8.I lived in the shadow of a live volcano on the island of Adak, Alaska.
9.I watched the last bomber return from bombing Viet Nam at the end of that war.
10.I’ve been swimming in the Atlantic, the Pacific, the Mediterranean, the Philipine Sea, and the Berring Sea.