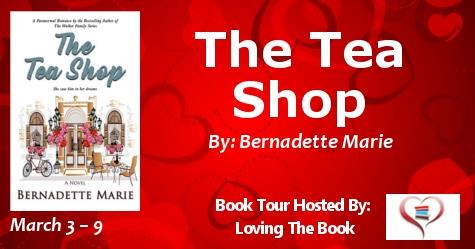 Bestselling Author Bernadette Marie is known for building families readers want to be part of. Her series The Keller Family has graced bestseller charts since its release in 2011. Since then she has authored and published over thirty books.

The married mother of five sons promises romances with a Happily Ever After always…and says she can write it because she lives it. 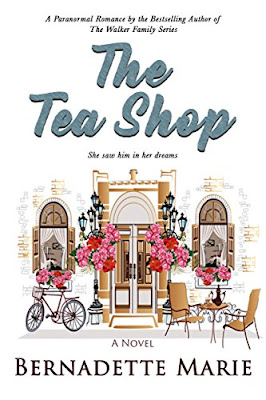 Seeing the future is a curse that Abigail Weston has carried her entire life. Knowing how and when someone will be hurt, or the whereabouts of missing people, haunts her enough to move away from the town that no longer trusts her.

When real estate developer Carson Stone meets the intuitive Abigail, he can't help but feel the connection to her and wonder if love at first sight is possible, especially since they share a passion for old buildings. She believes they all should remain, while he builds new ones in their place.

No matter Abigail's feelings for Carson, knowing that their future is to be together does not ensure them a happily ever after, especially if she can't figure out what the other side is trying to show her--because in her visions Carson's future is dark and cold.

This book was well written and had a good storyline. The characters were fairly interesting and there was good chemistry between the two main characters. I will admit that I struggled with the book simply because there was a lot of drama which anyone who knows me knows I am not fond of drama. But that is a personal preference and I can't fault the Author for my personal preference. The storyline itself was interesting and complex

As for warnings, there is one scene leading up to sex that gets really steamy and might put some off. However, if this is you, then it is easy enough to skip it as it isn't a long scene.

I would recommend this book to anyone who loves a good steamy romance with loads of drama. The paranormal aspect of the book is great as it is mild enough to keep the interest people who do not normally like paranormal romance, yet with enough paranormal aspects to appeal to those who know and love the genre.