The Heart of Escher Author Interview 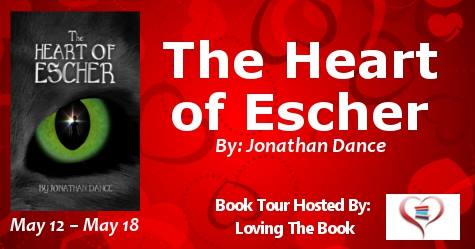 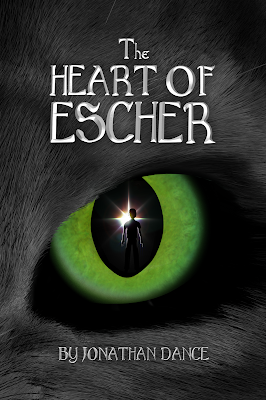 James Fisher, a lonely, bullied schoolboy, finds himself in the dark and twisted land of Escher after wishing himself away from an ill-fated family holiday.

Lost and frightened, James must help heal the dying world of Escher, overrun by the creatures of the Nightmare forest, to return home.
Guided by the emerald-eyed cat, Sam, and befriended by the headstrong resistance fighter, Jasper, James is taken on an adventure through a world mirroring his own nightmares, where he is forced to confront his own fears and the ghostly Shadow in order to save Escher.

Unbeknown to James, not only is he fighting for Escher’s future, but also his own.

Check out the trailer!

Born and raised in Hampshire, I spent most of my childhood dreaming up random adventures. 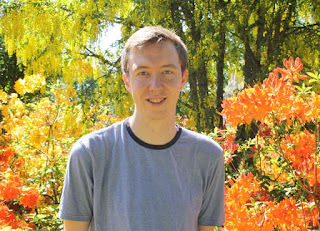 I left the sunny south coast to study Graphic Communication in Bath, where I fell in love with the rolling Somerset hills when I wasn’t walking up them.

Returning to Hampshire 6 years later, after meeting my now wife, Claire, I enjoy a quieter life, walking in the New Forest and relaxing with my wonderful wife and fluffy cat Molly.

I have always enjoyed telling stories, more often than not in visual form, either in films or animations. However, the idea of Escher was too big for me to do visually by myself so I picked up a pen and started writing.

Having written one novel, I am now keen to tell more stories of Escher, while at the same time expressing my imagination with my art.

The thought of people enjoying my story, and maybe, one day being involved in creating a film version. When I was little I loved watching, fantasy or sci-fi films, they used to capture my imagination like nothing else. The thought of being able to create a story that could captivate someone the same way I was has always been a massive ambition of mine.

How did you come up with the title?

The Heart of Escher, started with the working title, the Tunnel, based on the concept that sparked the story. However, after the book had been fully developed this aspect of the story was no longer the core focus, so the title needed amending to reflect the new essence of the story. The Heart of Escher, is about a journey of self-discovery, an adventure to heal the heart of a dying world, where James, must find himself again if he is ever to return home. Having the title focus on this aspect of James' adventure seemed fitting.

Name one entity that you feel supported you outside of family member?

My cat Molly, she is such a daddy’s girl and a big softy. Having her around helped me relax during the tough times. At the same time, she could be my biggest distraction when she chose to sit on my laptop.
My editor, Cas Peace, was also a great help. She gave me some great advice, and helped tidy and streamline my manuscript.

What is your favorite late night snack?

A glass of milk, if you classify that a snack.

Where do you see yourself in 5-10 years?

Hopefully, art directing the film version of the Heart of Escher (Wishful thinking)

Tell us 5 random things about yourself.

1.    When I was little I could only fall asleep whilst listening to an audiobook version of Journey to the Center of the Earth
2.    It can take me weeks to eat all my Easter eggs, bearing in mind I only normally get about 3.
3.    I was once bitten by a horse.
4.    I love a good film or television score. (Current favourite, Planet Earth II, by Jasha Klebe)
5.    I enjoy watching the live feed from the International space station.

What was the most surprising part of writing this book?

Honestly, I think the most surprising thing for me was I actually managed to finish the book. Before I set out on this mammoth endeavour, I had never written past the first chapter of any story concept. I would often get disheartened by the plot or frustrated with my writing and give up. This time, however, I approached things differently, partly from some great advice from one of my friends. This advice was to establish the structure of the plot first, before writing the first chapter. Letting my imagination run wild, I started to jump from the beginning to the end of my idea, piecing it all together as I started to write more detailed notes. I then built on these notes, much like a foundation to a house, and 5 or so years later, the book was finally finished. Considering my experience beforehand, this certainly was a surprise.