After 2 wonderful book tours, we are excited to have both of the books in the Hope Series featured together for a blitz! Come help get these wonderful books seen!

Twenty-one-year-old Neka is a bit of an introvert, she also happens to be stunningly beautiful.
When she discovers her friend James is about to be dumped, she sees the perfect opportunity to escape from her quiet life. Can she summon the courage to leave it all behind? 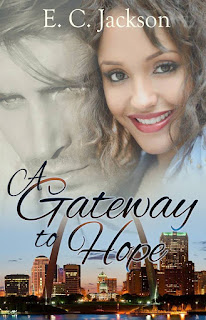 James Copley comes from a ruthless family. It’s rubbed off. Years ago, he disengaged from his brother’s smear campaign, but now his father has offered him an ultimatum, “Get married or lose your seat at the table.” Plotting to stamp his design on the family business, he proposes to a woman, even though he doesn’t love her. But his carefully laid plans start to unravel when she leaves him on the day she’s due to meet his family. Could years of planning his comeback vanish with her departure?

A possible solution comes in an unexpected form: Neka. She’s not only a friend, but the daughter of his benefactor. And she’s right there, offering to support him. But will her support stretch to marriage? He attempts to win her over to his plan but collides with her powerful father who wants to leverage the situation for his own gain.

In their fight for survival and love, they are forced to face some uncomfortable truths.
Can they overcome thwarted dreams and missed chances to find true love, or does forcing destiny’s hand only lead to misery? 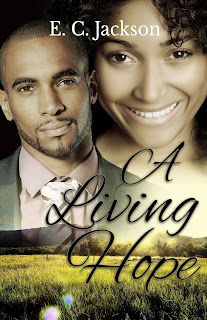 It was a match made in heaven. Or so everyone thought. Sadie Mae Cummings is all set to marry her childhood sweetheart, Kyle, when she is assigned to tutor Lincoln, the new college football running back. This sophomore phenomenon has all the girls on campus knocking on his door. But Sadie isn't interested in his advances.

Lincoln’s overblown ego doesn't take well to being shunned, and he resolves to make Sadie his own. He pursues her relentlessly, until finally Kyle finds himself shut out of Sadie's life, with their shared future crumbling around him.

After two years, Sadie’s relationship with Lincoln ends, and she is left having to put the pieces of her life back together. She desires nothing more than to recapture her relationship with Kyle. He has stayed true to the dreams they had planned together, living the vision even without Sadie by his side.

When she moves back to her hometown, she labors to rekindle their love. But things have changed, and Kyle has moved on. Sadie quickly discovers how hard it is to rebuild burned bridges.

Follow Sadie’s story as she fights for a chance to restore broken dreams. Will love endure?

This inspirational romance by E. C. Jackson is book two of the Hope series and is a standalone book.. 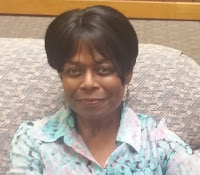 E. C. Jackson began her writing career with the full-length play Pajama Party. For three and a half years, she published the Confidence in Life newsletter for Alpha Production Ministries, in addition to writing tracts and devotionals. Teaching a women’s Bible study at her church for eleven years led naturally to her current endeavor, writing inspirational romance novels. Her mission: spiritual maturity in the body of Christ through fiction.
Connect with the Author here:
~ Facebook ~ Website ~ Amazon ~
~ Twitter ~ Goodreads ~

Sighing, she surveyed the familiar surroundings until the church grounds caught her attention. “Wow!” The photos her mother had texted failed in comparison to what she saw.
Five structures lining the west side of the square were connected by hallways.
The grounds buzzed with activity. Numerous cars were parked in the large lot,
and several workers trimmed bushes and mowed the lawn.

Sadie headed into the house carrying two lamps while the others came back for another load.
Neither Kyle nor his mother had welcomed her home.