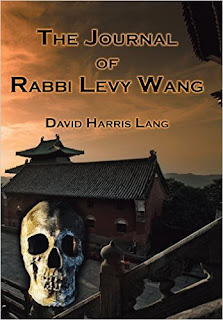 1937 China; the Japanese Imperial Army is chewing up China. Three middle-aged friends, Westerners, who have lived in China for decades, are about to lose everything to the onslaught. Leave China or die. As their world collapses around them, a fur trader from New York, a Russian, and a Rabbi from Germany, learn that a race of Chinese Jews is about to become victims of a German and Japanese alliance to acquire a valuable ruby, supposedly hidden in their village of Kaifeng.
The three friends embark on one last adventure before leaving China, to save the Jews of Kaifeng and the jewel. Can they reach Kaifeng before the alliance bent on the destruction of the village gets to them? It’s a deadly pursuit across 1937 China, through Japanese controlled territory, Chinese bandits, and countless dangers and obstacles. The only clues to its location are written in a cryptic, twenty-year-old diary of a disillusioned Chinese Rabbi; the Journal of Rabbi Levy Wang. The three friends are tested to the extreme in a desperate attempt to warn their friends and find the jewel. 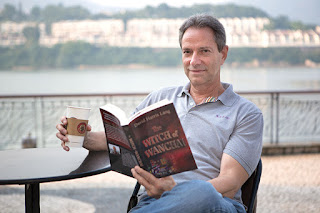 David Harris Lang, a current resident of Hong Kong, has lived and worked in Asia much of his life. Besides being a prolific author of Asian-based thrillers, he is an international architect who brings an indelible sense of place’ to his writing as well as a deep understanding of Asian cultures, locales, and customs. His vivid fight scenes come from a life-long practice of the martial arts.

4.5 out of 5 Stars
This book tells the story of three friends trying to find a lost treasure, all while evading capture of many different groups out for their blood and the treasure. I jumped on the chance to review this book because I had previously read A Devil In Hong Kong and really enjoyed it. ( read review here) This book is very enjoyable but I think Author David Harris Lang’s writing style has come into its own on his later books. The flow of this book is not quite as smooth, but it is still engrossing and thoroughly enjoyable.
The narrative jumps; not only between different people, but also between different time periods. However it is done so well that instead of feeling lost you are able to remember each character vividly, many of which meet a sticky end. This style of narration also gives you a full story rounding out all the missing pieces. I enjoyed this book and would recommend it to anyone who enjoys historical fiction, or action/adventure. As a warning this book does contain strong language, drug use, and many people are killed off, but it isn’t grotesque (see snippet below).

Within fifteen minutes of friendly questioning, Hattori knew all about Rabbi Wang, Rabbi Wang’s journal, Wudang Mountain, and the Five Dragons Monastery. When he was satisfied that he had gotten all the information possible from Yingfei, Hattori stood up, severed Yingfei’s head, and replaced the sword back in its scabbard.

“To the trucks! We leave for Kaifeng immediately!” Hattori shouted.

Hattori’s plan was to capture the three Westerners at Kaifeng. He not only wanted to stop them from finding the jewel first, but he also now knew that he needed the rabbi to read the Hebrew journal of Levi Wang. These Westerners were getting to be more annoying every day. 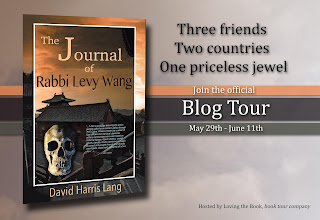